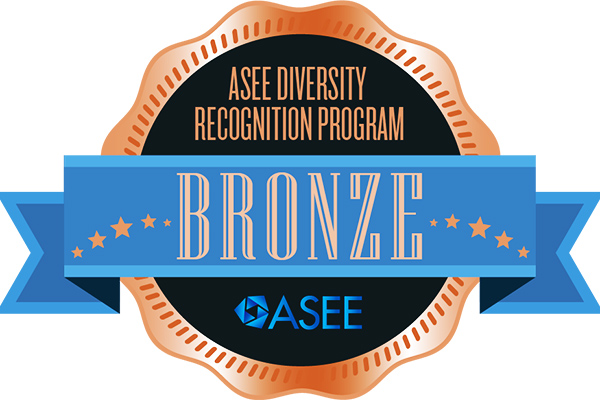 The ASEE program is a national acknowledgement encouraging institutional transformation in engineering and engineering technology schools and colleges around the issues of diversity, equity and inclusion. Samueli School Dean Gregory Washington is president of the ASEE Dean’s Council. According to the ASEE, with the support of over 200 engineering schools and colleges, it is the first national effort to publicly credit these institutions for their success in building a diverse workforce and student population.

Under Washington’s leadership, the Samueli School of Engineering has made significant progress in improving its diversity and inclusiveness. Sharnnia Artis, assistant dean of access and inclusion for the Samueli School of Engineering and Bren School of ICS, prepared the school’s application. “We’ve established strong outreach, recruitment and retention programs designed to reach underrepresented students in STEM,” explains Artis. “It is gratifying to be recognized for our efforts, which are proving successful.”

Over the past four years, gender diversity in enrollment at the Samueli School has increased by 22% and the number of women earning bachelor’s degrees in engineering grew by 40%. Ethnic diversity in enrollment has increased 27% for Latinx/Hispanic and 3% for African American populations. The number of Latinx/Hispanics earning engineering bachelor’s degrees went up 15% and the number of African Americans quadrupled. The school has also instituted faculty recruitment programs, developed a strategic plan, partnered with outside organizations and built an infrastructure, all in support of diversity and inclusiveness.

The Samueli School was one of 82 universities to submit applications. Each institution received two reviews from a team of 24 reviewers. The recognitions were announced at the ASEE Annual Conference and Exposition, June 15-19, in Tampa, Florida.