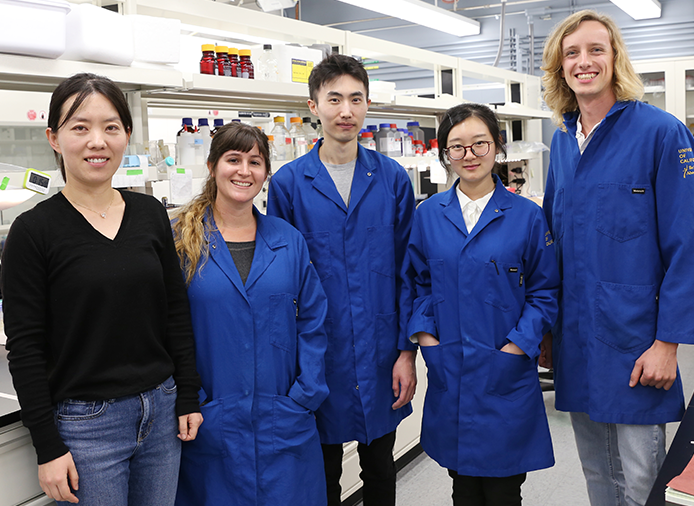 December 10, 2019 - Scientists have demonstrated that – in labs – microbes can be used as tiny biological factories to produce fuels, pharmaceutical drugs and other commodities from renewable resources. But achieving output on a commercially viable scale has proven elusive. A key barrier has been so-called cofactors – biocatalysts that spur enzymatic activity in cells – as these molecules are both expensive and difficult to manipulate. Engineers at UCI and UC Davis, however, have created an artificial, computationally derived cofactor, a charge carrier that precisely controls the flow of electrons in bacteria cells. The work is the subject of a study published recently in Nature Chemical Biology. “We have established a technology to make metabolism more easily understandable and engineerable,” said co-author Han Li, assistant professor of chemical & biomolecular engineering at UCI. “Since there is a need to draw electrons in order to make the vast majority of value-added products, the technology that we developed might serve as a universal tool in metabolic engineering.” The researchers were able to show that the system can facilitate diverse electron-exchange chemistries resulting in metabolism to support cell growth. “This work demonstrates efficient utilization of a non-canonical cofactor in biocatalysis and metabolic pathway design,” Li said. The project was funded by the National Science Foundation and the National Institutes of Health.