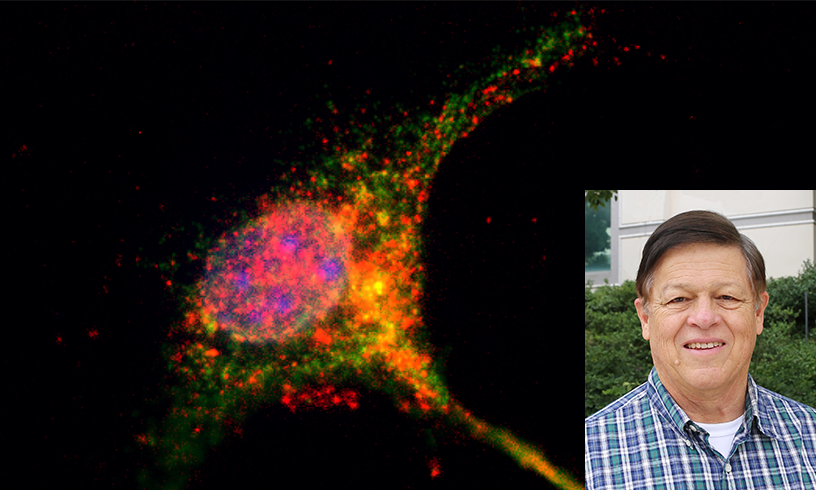 08.16.18 - Biomedical engineering professor Gregory Brewer and his collaborator, Charles Glabe, UC Irvine professor of molecular biology & biochemistry, have won a five-year $2.9 million grant from the National Institutes of Health’s National Institute on Aging. Brewer and Glabe will seek to address gaps in knowledge about how age impacts the origins of Alzheimer’s Disease.

The hypothesis put forward by Brewer and Glabe could flip conventional ideas about how the debilitating disease begins. Scientists have long believed that Alzheimer’s begins when the brain’s neurons secrete sticky clumps of protein called beta amyloid. This amyloid accumulates in extracellular spaces in the brain, and is thought to be the cause of neurodegeneration. But failed drug trials over 11 years have led some researchers to reconsider this idea.

By contrast, the two UCI scientists think that age-related metabolic changes could be what drives the change of production and accumulation of the beta amyloid aggregates, and that this happens inside the brain’s neurons, not outside in extracellular spaces. Results of their early experiments indicate that they could be on to something.

“Recent clinical trials of drugs that inhibit secretion of beta amyloids and decrease their concentration in interstitial fluid worsen memory in humans and have no effect on plaque accumulation,” says Brewer. He and Glabe will test the hypothesis that age-related oxidative shifts direct amyloid processing toward a more pathogenic, aggregation-prone state that hastens neurodegeneration.

“An accurate understanding of the disease mechanisms will provide a better focus for development of drugs that prevent or reverse cognitive decline,” Brewer adds.