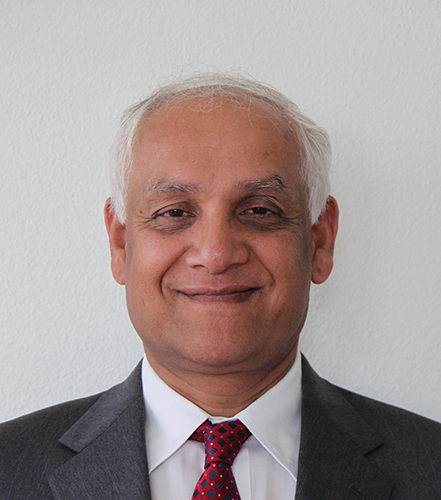 August 1, 2018 - Pramod Khargonekar, UC Irvine vice chancellor for research and Distinguished Professor of electrical engineering and computer science, has won the 2019 IEEE Control Systems Award for outstanding contributions to robust and optimal control theory. He will accept the bronze medal, certificate and $10,000 honorarium at the 2019 IEEE Conference on Decision and Control, scheduled December 2019, in Nice, France.

Khargonekar, who joined UCI in 2016, previously was on the faculty at the Universities of Florida, Minnesota and Michigan in positions including department chair, endowed professorships and dean; he served as deputy director for technology at the U.S. Department of Energy’s ARPA-E and as assistant director of the National Science Foundation, where he led the Directorate of Engineering.

His research contributions span systems and control theory and applications, including foundational contributions to robust and H-infinity optimal control theory. His work has had wide-ranging impact on theoretical developments in the field as well as the emergence of computer-aided design tools. Additionally, Khargonekar made multiple contributions to the application of control to semiconductor manufacturing and renewable energy integration.

Tryphon Georgiou, UCI Chancellor's Professor of mechanical and aerospace engineering, nominated Khargonekar for the award. “[He] has made seminal contributions to control theory, pioneered applications of control to semiconductor manufacturing, and championed the relevance of control through his national leadership,” Georgiou said in his nomination form. “His scholarly contributions have had enormous impact in the field of control.”

The Control System Award is just the latest among many that Khargonekar has accrued. Others include the NSF Presidential Young Investigator Award, the American Automatic Control Council’s Donald Eckman Award, the World Automation Congress Honor, the IEEE W.R.G. Baker Prize, the IEEE CSS George Axelby and Hugo Schuck ACC Best Paper Awards and the Indian Institute of Technology’s Distinguished Alumnus and Distinguished Service Awards. Khargonekar has been a Web of Science Highly Cited Researcher and is a fellow of IEEE and IFAC.

“Upon receiving this wonderful news, I was absolutely delighted,” Khargonekar said of his most recent accomplishment. “It is humbling to join the group of previous winners of this award who are great pioneers and leaders in the field of control systems.”