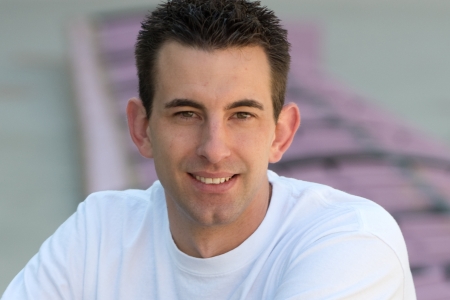 I understand you worked on Stratolaunch, a colossal six-engine plane designed to carry a rocket to 35,000 feet for launch into space. What was your role?

Two weeks after graduation, I began working at Scaled Composites as a design engineer on the Stratolaunch program. For the first year, I designed composite ribs, skins and joints for the airplane, and − in true Scaled fashion − went from design to the completed assembly of each component. In August of 2015, I took on the role of manufacturing manager of the program, where I oversaw 265 people building the world’s largest airplane. It was quite a task and outside of my engineering element, but it gave me the opportunity to learn a lot about managing a large group of people and taught me how to think on a big-picture level. The Stratolaunch program is a huge undertaking, the largest effort Scaled has ever attempted, in both size and staffing. The program had numerous challenges, since not all things scale linearly, and it was awe-inspiring to watch every person and group work to overcome each obstacle.

What else can you tell us about the project?

We rolled the airplane outside and performed the first taxi tests this last year. We have been busy with engine and system testing and look forward to its first flight. It is quite a sight to see the thing outside. It is both humbling and inspiring to have worked on this project.

Tell us about your current position at Scaled Composites.

I am currently working as an engineer on a dark-world program. That's literally all I can tell you. Sorry.

How did your UCI engineering education prepare you for this work?

Applying a heavily theoretical university education to a job full of practical application is a challenge at times and a benefit at others. It wasn’t just the UCI coursework alone that prepared me for this – it was the additional education and experiences I gained through my involvement in extracurricular projects at UCI that was the inroad necessary to prepare me for what was ahead at Scaled. It's easy to say now, but school taught me the benefit of delayed gratification. Through my time at UCI I’ve learned that engineering isn't easy and sometimes I'm not going to have fun, but if I am persistent and maintain integrity, I can accomplish my goals – changing the perspective of what is possible and improving the lives of those who follow. Looking back at the times that were hard and not fun, I see that they were worth every minute. Theoretically speaking, hard + not fun = an awesome future.

How did you know you wanted to be an engineer?

When I returned to school at 27 years old, I was only three units shy of transferring to a state college to get a degree in business, but I realized that I've always enjoyed math, been good at science and loved to figure out simple solutions to life's annoying problems. I realized I would be okay at business, but I'd only be great at engineering - it's what I was made for.

As a transfer student, how did you end up at UCI?

UCI was actually my safety pick (so I thought), but after visiting the school, I chose it over other higher-ranked universities because of the people and environment. Professors Derek Dunn-Rankin, John LaRue, and Benjamin Villac took time to meet with me and explain what UCI had to offer.

What was your favorite memory or class at the Samueli School?

It's hard to narrow it down to one. Here are a few:

The day I carried my 3D printer up the stairs to Dean Gregory Washington's office to convince him that we needed an undergraduate 3D printer lab was pretty awesome, especially since he agreed and made it happen. The subsequent 3D printing lectures that Colin Sledge and I gave to promote the lab were equally entertaining.

All of the work done with Jacquie Thomas and the Human Powered Airplane project team was immensely helpful for my understanding of aircraft dynamics, structures and how to scope a project. It also was entertaining to watch random people come by and pedal our 12-foot diameter propeller on the test stand. Dean Washington, Ed Hand, multiple professors, students, prospective students, and even a few parents gladly participated in our test pilot program.

I really enjoyed the project-based MAE 106 course offered by Professor David Reinkensmeyer. He tied theory to application, and it was fun to push the limits of what design projects used to entail (whittled wood and hot glue) to what they are now (3-D printed designs) that make the limits more about engineering ability and less about buildability. Goal accomplished!

What was your hardest class and how did you approach it?

Heat and mass transfer. I studied my butt off!

Who were your mentors at UCI, and how did they help you?

Professor Robert Liebeck and Blane Rawdon, his coworker at Boeing, did a great job guiding Jacquie and me through the Human Powered Airplane design. They continually went above and beyond, going out of their way to make time for us as we worked through the design and execution of the build.

What advice would you give today's engineering students?

Don't leave anything on the table. You've got the rest of your life to do whatever you want, but only four years to set yourself on the right track. Dive in, dig in and get the most that you can out of school. Real companies want engineers who know how to turn a wrench, fly an airplane, do cool projects and, of course, have reasonably good grades. When you have spare time, do something that builds that real-world resume. Who knows, it might get your foot in the door to build the biggest airplane in the world!

Some student should get the school to fund a home-built airplane for their senior design project. That's my only regret. I left that one on the table for you guys!