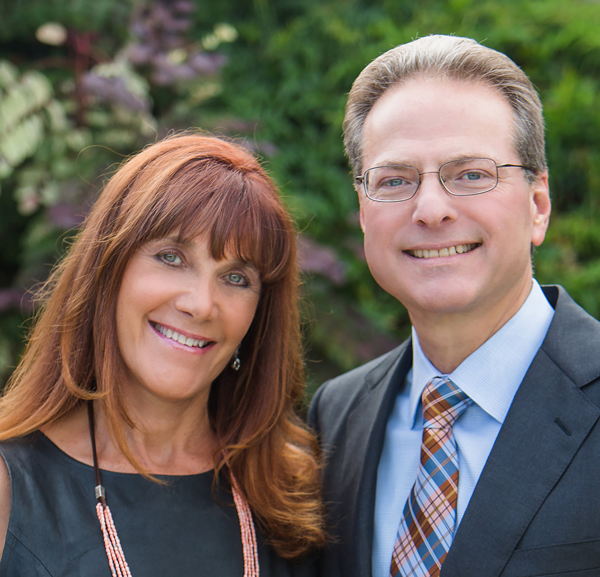 Apr. 24, 2017 - A $30 million gift from the Samueli Foundation will help fund a state-of-the-art convergent science building, expanding the University of California, Irvine’s ability to conduct large-scale, collaborative and cross-disciplinary research in engineering, computing and physical sciences.

In a significant private-public partnership, the Samueli donation has enabled the university to obtain $50 million in state funds allocated by the UC Office of the President. An additional $40 million in UCI funds brings the total budget to $120 million. Construction of the up-to-100,000-square-foot facility could begin as early as this fall and be completed in three years.

“This vital project demonstrates the enduring power of partnerships,” said Chancellor Howard Gillman. “We are so thankful to have generous partners in Susan and Henry Samueli, who share UCI’s and California’s vision of a space that will facilitate transformative innovations in health, the environment and other boundary-breaking grand challenges. Combining their commitment with public support ensures that UCI will expand its interdisciplinary science, educate more students, and find solutions to complex global and regional problems.”

UCI is bursting at the seams, he noted, with rapid student growth and a flood of new research being conducted by scores of freshly hired faculty.

“In our strategic plan, we promised growth that makes a difference, and we recommitted ourselves to engaging in the kind of innovative research that could drive regional entrepreneurship and economic development,” Gillman said. “This new facility is essential to accomplish these priorities, and we are thrilled to bring this vision to life.”

Henry Samueli, co-founder of semiconductor giant Broadcom Corp., said that he and his wife, Susan, “are deeply committed to supporting science, technology, engineering and mathematics (STEM) education at all levels along the learning pipeline, from kindergarten through higher education.”

He added: “Addressing today’s grand challenges in society requires collaborative research across a multitude of disciplines, aligning with our STEM ecosystem concept. We hope this gift to UCI can be a catalyst for accelerating cross-disciplinary research and scientific innovations that benefit society.”

The structure will be located near Frederick Reines Hall, off Bison Avenue and East Peltason Drive. It will accommodate more than 50 faculty members — including high-profile new hires — and hundreds of students. A community observatory with a powerful telescope may be built on the roof.

Universities around the country are constructing similar facilities as they realize the effect that research at the intersection of computing, engineering and the sciences has on educating future leaders and making groundbreaking discoveries.

“We envision collaborations that will directly impact society,” said Gregory Washington, the Stacey Nicholas Dean of Engineering, who worked closely with the Samuelis on funding the building. “For example, scientists and engineers might work to ensure a continued supply of clean, usable water that’s essential to both human health and the health of the environment. The generous gift from Susan and Henry Samueli will make this and much more possible.”

The Samuelis have been longtime supporters of UCI. Their new donation ties with one from Paul Merage in 2005 to create a business school as the second-largest in campus history. The Henry Samueli School of Engineering received $20 million from the couple in 1999, and the Susan Samueli Center for Integrative Medicine was established in 2001 with a $5.7 million gift. Henry Samueli is also a distinguished adjunct professor in UCI’s electrical engineering & computer science department.

Physical sciences Dean Kenneth Janda said the new space will advance UCI’s unique history of ignoring typical limits, both academically and in its footprint. The campus was designed around a ring, with buildings housing every major area of study facing each other across an open, green park. Social ecologists, hard scientists, statisticians, musicians and others have long teamed up on work.

“We’re one of the least siloed campuses in the world, and this is going to break that down even further,” Janda said. “It’s a wonderful way to create even stronger bonds. We’re already working together, but this is going to turbocharge the collaboration.”

Engineering will oversee about half the space, physical sciences about a third, and information and computer sciences about a sixth, with graduate students from all three schools working together in laboratories, offices and meeting areas.

“Everyone wants to work with us, because we enable what medicine does, we enable what social sciences does, and physical sciences and engineering — you name it,” he said. “We’re thrilled to be part of this game-changing piece of UCI.”