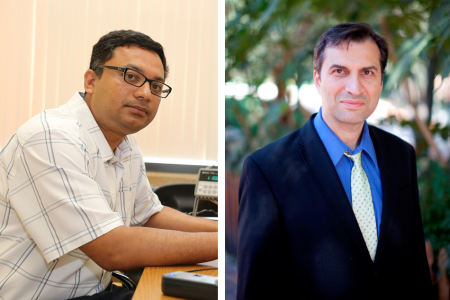 June 29, 2016 - Two engineering researchers are among the eight winners of a second round of seed funding for single and multi-investigator research projects announced this week. The Research Seed Funding Program, sponsored jointly by UC Irvine’s provost, vice chancellor for research and vice chancellor for health affairs, drew 92 applications.

Mohammad Al Faruque, electrical engineering and computer science assistant professor, was awarded $37, 500 for his project, which seeks to detect and prevent cyber-attacks in 3-D printers by analyzing acoustic, electromagnetic and thermal signals emitted by the printers. This approach is known as Critical Infrastructure Forensics.

The first-round winners of the seed funding program were announced in March 2016. At that time, 19 projects were selected from 141 proposals; six of those winners were Samueli School-affiliated.

“We are delighted by the strong and positive response to this program and anticipate that the awards given will catalyze an array of new research efforts across the campus, contributing to UCI’s ascendancy as a globally preeminent research university,” noted an email sent to the campus community and signed by the Provost Enrique Lavernia, Interim Vice Chancellor for Research James W. Hicks and Vice Chancellor for Health Affairs Howard J. Federoff.