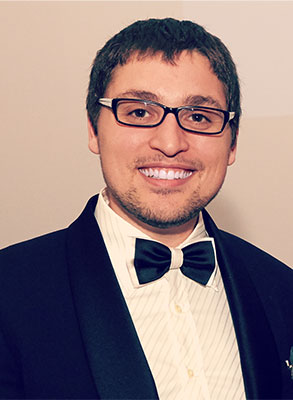 Dec. 1, 2016 - Samueli School alumnus Salvatore Campione has been awarded the 2017 ACES Early Career award by the Applied Computational Electromagnetics Society. Campione, who earned a doctorate in electrical engineering and computer science in 2013, was recognized for “innovative contributions to the electromagnetic modeling of complex systems and structures, from microwave to optical frequencies.”

While still a UC Irvine graduate student, he was named a Marconi Society Paul Baran Young Scholar. Campione is also a recipient of the 2016 Outstanding Young Professional award by the IEEE Eta Kappa Nu (HKN) honor society, and last year was selected as one of UCI’s top-50 graduate and postdoctoral scholar alumni.

Campione will be recognized during an awards ceremony at the ACES 2017 annual symposium in Firenze, Italy, next March.