The university’s graduate division culled through hundreds of nominations to select the 50 most successful graduate-level and postdoctoral alumni in its history, and four Anteater engineers made the cut. The winners were honored last spring in a day-long event marking the culmination of UCI’s 50th anniversary festivities.

An alumni review committee selected the Celebration of Graduate Success top-50 based on outstanding professional accomplishments, community impact and contributions to their fields. 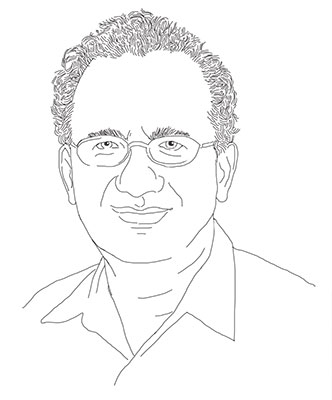 Radhika Mohan Bodduluri earned his doctorate in mechanical engineering in 1990 and has been innovating in robotic surgery ever since. He began his career at Accuray, Inc., a manufacturer of non-invasive robotic radiosurgical devices that perform brain surgery without the need for incisions. After serving as the company’s vice president of research and development, he left in 2003 to co-found Restoration Robotics, a manufacturer of medical hair-transplant robotic devices. His most recent startup, Zap Surgical Systems, Inc., develops radiosurgery devices for removing tumors and other foreign objects. “We hope to make radiosurgery widely available around the world,” says Bodduluri, who says he always knew he wanted to be a mechanical engineer. “Most of my classmates switched their disciplines to computer science in graduate school but I never had any such interest!”

In 2013, Bodduluri was honored by the American Society of Mechanical Engineers with its Leonardo da Vinci Award, recognizing excellence and innovation in engineering.

Bodduluri, who received his bachelor’s degree from the Indian Institute of Technology, came to UCI with his adviser, J. Michael McCarthy, after earning his master’s degree from the University of Pennsylvania. “I distinctly remember how Dr. McCarthy was recruited to bring kinematics and mechanisms research to UCI,” he says, “and I was proud to be one of the first students to be part of this effort.”

McCarthy, mechanical and aerospace engineering professor, says Bodduluri’s graduate research was leading-edge. “Mohan programmed what was the most innovative graphics system at the time to generate three-dimensional images of the mathematics solutions to a complex set of equations, providing a way to explore the design of controlled spherical movement,” McCarthy says. “This work remains one of the few solutions to this challenging design problem.”

That research ended up serving Bodduluri well. “My first job… used robots to treat brain tumors and all my research directly applied to the job – a rarity, I was told,” he says. “My career, which has spanned over two decades, has been mostly in medical robotics and automation, and has had direct roots to what I was doing during my Ph.D. program at UCI.”

Alexandria Boehm, the Clare Booth Luce Associate Professor of civil and environmental engineering at Stanford University, received her doctorate in 2000 in environmental engineering. Her research focuses on coastal water quality and sanitation activities, efforts crucial to protecting human health and the ecosystem. A senior fellow at both the Stanford Woods Institute for the Environment and the Center for Innovation in Global Health, Boehm has a passion for applied environmental problems and solution-oriented research. 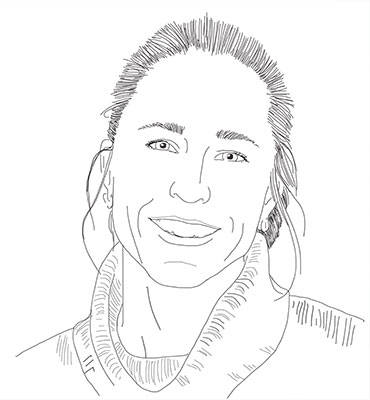 “My connection with the environment is strong and I value the sense of peace I feel when I connect with nature,” she says. “Environmental engineers do interdisciplinary research to solve some of the most pressing challenges, including water scarcity, climate change, air pollution, water pollution and sanitation and hygiene in developing countries.”

Boehm, who was chair of the West Coast Panel on Ocean Acidification and Hypoxia in 2013-14, won a CAREER Award from the National Science Foundation in 2007, and two UCI postdoctoral teaching awards.

She also served as a visiting scholar at the Pacific Rim Center for Oceans and Human Health in 2007, and participated in the National Academy of Engineers' Frontiers of Engineering Symposium in 2008. This year, she won a Walter L. Huber Civil Engineering Research Prize from the American Society of Civil Engineers.

“I was really surprised but honored for being selected [for the UCI top-50],” Boehm says. “I’m proud that my hard work in graduate school and as a postdoc at UCI paid off.”

Her graduate adviser, civil and environmental engineering professor Stanley Grant remembers Boehm as “an absolute joy,” in the lab and “ferociously intelligent,” and has delighted in watching her career blossom. “Ali very much reminds me of something my adviser told me when I was a graduate student at Caltech: ‘We know we’ve done our job when our students outdo us,’” Grant says. “I’m so proud of Ali’s many accomplishments.” 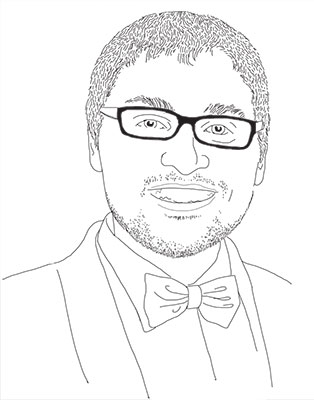 He credits much of his success to his father, Rosario, also an electrical engineer. “His passion and drive helped me develop my passion and drive from a young age,” Campione says. “I knew in this field I could make a difference in so many different areas.”

He also credits UCI and the Samueli School. “Anteater engineers have knowledge, drive determination, passion, loyalty and trustworthiness,” he says. “At UCI, I obtained the skills and the knowledge set needed for the job I hold at Sandia National Laboratories.”

“Salvatore has been one of the best students I have ever had, and indeed I am truly grateful he joined my research group,” said his adviser, electrical engineering and computer science professor Filippo Capolino, on Campione’s nomination form. “He was a student with extremely high potential who has shown positive attitude and commitment towards learning, research, and passion for science. He is definitely articulate and displays the ability to think clearly and creatively. Only a few people approach challenges in such a conscientious and hard-working manner.” 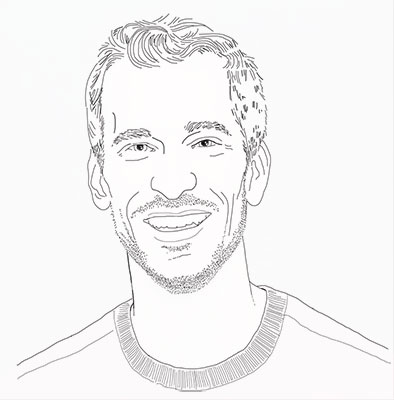 ees at UCI in mechanical and aerospace engineering. At LBNL, he focuses on industrial system efficiency and applied development of thermal systems, with an emphasis on the development of high-efficiency, fuel-flexible, low-emission heat and power systems.

An author on more than 20 professional publications, he says he was “greatly honored” to be named to the top-50 list. “The accomplishments of UCI graduate students are numerous and exemplary, and I am very fortunate to be a UCI alumnus,” he says, adding: “Anteater engineers prove their worth, are humble and viciously proud of their alma mater. The world-class education UCI offers provides the foundation for success.”

Therkelsen says he knew as a college freshman that he wanted to work with “energy and things that move,” but he credits his professors and engineering staffers with guiding him to his eventual specialties. “They opened my eyes to thermal sciences and more importantly, the connections between engineering, energy, the environment, the economy and our societal structure,” he says.

His graduate adviser, Derek Dunn-Rankin, remembers Therkelsen’s “remarkable accomplishment” at every stage of his student career. “He excelled not only in his experimental energy research, where he found boundaries of operation for small-scale advanced internal combustion engines, but in understanding the potential policy ramifications of his findings,” says Dunn-Rankin, mechanical and aerospace engineering professor. “In his current position … he continues to demonstrate his significant talents in advanced combustion science and energy policy.”