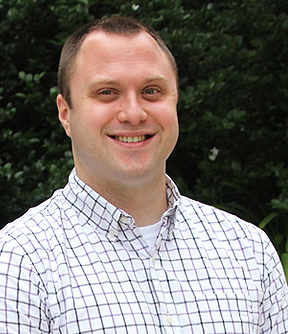 May 7, 2015 - UC Irvine Samueli School of Engineering professor Timothy J. Rupert has been awarded an Early Career Research grant from the U.S. Department of Energy. Funded by the DOE Office of Basic Energy Sciences, the five-year, $750,000 grant will support Rupert’s research into controlling the atomic structure and damage tolerance of metallic materials by doping – selectively adding other elements – to their grain boundaries.

These grain boundaries, interfaces between crystallites in polycrystalline material, are often the site of cracks and voids that can lead to the material’s failure. Rupert’s work is focused on testing different combinations of doping elements to understand which work best for inducing grain boundary structural transitions that can improve materials’ strength, flexibility, durability, weight or other properties.

Using a combination of cutting‐edge computational, experimental and characterization techniques, the project seeks to better understand the role played by atomic grain boundary structure and interfacial chemistry. It will enable the creation of advanced engineering metals with improved damage tolerance, leading to better options for bridges, airplanes and other structures.

“We’re trying to identify material design strategies – to fine-tune that space between crystals in order to make the material better in some way,” says Rupert, assistant professor of mechanical and aerospace engineering.

Rupert is one of just 27 scientists from U.S. universities to receive the funding this year. Seventeen other awards went to scientists from national research laboratories.

“Tim’s proposed research in combination with his already strong record of achievement is highly deserving of the Career Award,” says Ken Mease, chair of the UCI Department of Mechanical and Aerospace Engineering. “The research will focus on an important source of failure in metallic materials, namely damage nucleation in grain boundary structure, which has received insufficient attention. The results are expected to contribute to the development of extremely tough engineered materials.”

A UCI faculty member since 2011, Rupert is pleased with the opportunities his latest award affords him. “It really is wonderful because a five-year award for a young professor gives you a level of stability and long-term funding that lets you really go after new ambitious ideas – some really wonderful fundamental scientific breakthroughs,” he says. “You get to really dig into the science and it’s a lot of fun.”