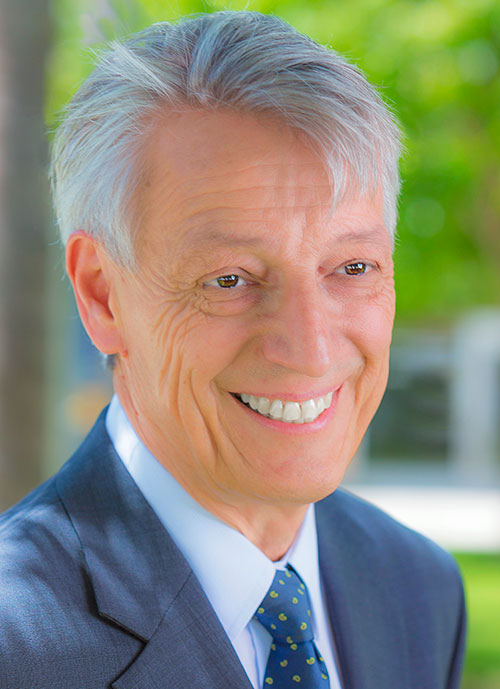 Gaudiot, professor of electrical engineering and computer science and an IEEE Fellow, will begin his term Jan. 1, 2016; he automatically will ascend to the organization’s presidency on Jan. 1, 2017. A longtime IEEE member, he most recently served as vice president of the publications board. Other leadership roles have included program committee chair and co-chair, editor in chief of IEEE Transactions on Computers, founding editor of IEEE Computer Architecture Letters, vice president of educational activities, and vice president of publications.

In his new role, he plans to increase delivery of benefits to IEEE members, improve communication, seek new collaborations and projects, expand the organization’s reach and promote member involvement.

“In contrast to many who are fearful of the changes the Internet has brought us, I know our best days are ahead of us,” Gaudiot said. “Opportunities for innovation abound in this changing world, and the community is looking to us to lead the way and demonstrate how these new opportunities can be exploited.”

Gaudiot, who is also an IEEE Computer Society Golden Core member, and a Fellow of the American Association for the Advancement of Science, was the EECS department chair for six years. His research interests include programmability and design of multiprocessors, and he has published more than 250 peer-reviewed papers.

Lee Swindlehurst, associate dean for research, lauded Gaudiot’s accomplishment. “Jean-Luc’s election as president of the IEEE Computer Society, the largest society within the Institute for Electrical and Electronic Engineers, is a significant event and an honor for the Samueli School of Engineering,” he said. “It is a recognition of both Jean-Luc’s dedication to his profession and the esteem with which he is held by the more than 60,000 society members worldwide.”