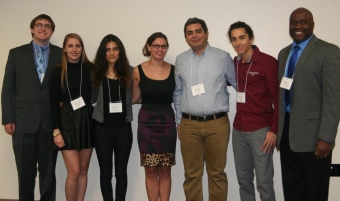 January 2015 - The Orange County Chapter of the Achievement Rewards for College Scientists (ARCS) Foundation, Inc. has named three graduate students and four undergraduate students from the Samueli School of Engineering as ARCS Scholars for the 2014-2015 academic year.

The Samueli School is the only UCI school eligible for ARCS support to have both graduate and undergraduate students supported by the Orange County ARCS Chapter. In addition, the seven awards made to Samueli School scholars far outnumbered the awards received by any other UCI school.

ARCS® Foundation, Inc. is a national organization of volunt 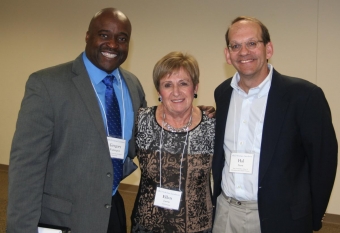 eers who are dedicated to providing the best and brightest U.S. graduate and undergraduate scholars with financial awards in natural sciences, medicine, engineering, and information and computer science. Since its founding in 1958, the not-for-profit corporation has awarded more than $87 million to 8,900 ARCS Scholars at 54 leading U.S. universities.

Babikian is a fourth-year doctoral student in electrical engineering and computer science. He received his bachelor’s degree in electrical engineering at University of Damascus, graduating with honors. In his doctoral work, Babikian is developing integration technology to realize next-generation point-of-care testing devices and wearable flexible health monitoring and drug delivery systems. His research is focused on developing methods to integrate microfluidics, optics and electronics for signal detection and micro actuation on flexible and stretchable substrates.

Norman received a bachelor’s degree in mechanical engineering from the University of Utah in 2012.  He graduated with honors and earned the Undergraduate Research Scholarship Designation award.  Norman, a recipient of the Graduate Research Fellowship award from the National Science Foundation, is now pursuing a doctorate in mechanical and aerospace engineering.  His current research investigates the use of a brain computer interface (BCI) as a control channel for neurorehabilitation robotics, primarily used in stroke and spinal cord injury therapy.  Norman’s current projects include the discrimination of novel brain states tied directly to motor engagement in stroke patients, and the development of a low-cost BCI for in-home therapy.

Regan graduated with honors from the California Institute of Technology in 2012 with a bachelor’s in bioengineering, specializing in mechanics.  She is now a graduate student in biomedical engineering and an IGERT Fellow working in the Microvascular Imaging Laboratory at Beckman Laser Institute.  Regan’s research focuses on measurements of blood flow using a new technique called photothermal laser speckle imaging. This technique perturbs the motion of blood cells by adding energy with a pulsed laser in order to enhance the visualization of subsurface vasculature.

Khechadoorian is currently a second-year undergraduate student double-majoring in mechanical engineering and applied physics.  She works on computational research projects with both engineering and physics faculty mentors.  She is updating the Airshed Post-processing Interactive Tool (APIT) program for the engineering department’s Computational Environmental Sciences Laboratory.  Khechadoorian also undertook a summer project in the physics department to investigate the possible decay of the Higgs Boson into dark matter.  After graduation, she plans to continue her research, either teaching at a university level or working at an institution such as CERN.

Mohseni is an undergraduate with a double major in both mechanical and aerospace engineering. He plans to complete his bachelor’s degree in 2017. He is one of the chief engineers of the undergraduate Human Powered Airplane Project at UCI.  The project aims to build and fly a carbon composite human-powered airplane while allowing students the opportunity to apply what they are learning in the classroom to a real project. Mohseni also has been helping in the creation of a flight simulator for the Samueli School that will allow students to fly and test an aircraft they have designed.

Stolliker grew up in Big Bear Lake, Calif., and graduated fifth in his class from Big Bear High School. He currently is working on a bachelor’s degree in mechanical engineering with a specialization in design of mechanical systems, and he aspires to continue on to graduate school.  Additionally, Stolliker is an active member of the American Society of Mechanical Engineers and UCI’s 3-D printing club.