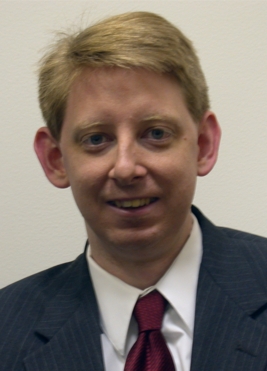 ing’s faculty meeting. Dean Gregory Washington initiated the annual awards to acknowledge the valued contributions of faculty. In this inaugural year, department chairs submitted nominations, and the Dean’s Office selected the honorees. In future years, a special committee will be designated to determine the winners.

The awards were given to one junior, mid-career and senior faculty member in each category of research excellence and teaching innovation, and one professor was selected as the Innovator of the Year. Here are the honorees, excerpted from the nomination forms.

This award is presented to an individual or team who best demonstrates innovation in the development of a product or technology. The award recognizes achievements in which the innovation has successfully translated the research emanating from our laboratories into new products and technologies that can be used by the public at large.

An extremely active researcher who shows great innovation in technology transfer, Peter Burke is versatile, intuitive and a champion of promoting the commercialization of university intellectual property.

He has developed 19 invention disclosures on carbon nanotube and microwave technology; eight were licensed to a company he successfully spun out of his lab in 2005; and three were vetted by UCI as belonging to the company based on his work as a consultant.

The startup company, RF Nano, developed the world’s highest speed nanotechnology-based RF amplifier. Serving as RF Nano founder, consultant and board member, Burke helped raise over $2 million in federal funding and multiple rounds of venture capital funding totaling over $10 million to date. Three additional invention disclosures on other technologies were filed -- one on a single RFID chip, one on graphene and one on electrophysiology.

Burke’s lab more recently developed several new technologies for bioenergetics analysis, including three invention disclosures and is in the process of formulating another spin-off company from his lab to commercialize these technologies. This new research involves the development of micro-analytical and diagnostic technologies that are able to assess the metabolism of small biological samples down to the single cell level.

Burke also serves as a mentor and facilitator to colleagues, young entrepreneurs and students in the topic of entrepreneurship and innovation, especially in the context of the UCI system. He represents the electrical engineering and computer science department on the steering committee for the M.S. in engineering management degree program, jointly run by the Paul Merage School of Business and the Samueli School.

“Peter is a consummate researcher for the 21st century,” said Professor Michael Green in his nomination of Burke. “He has a good sense of knowing where the next important research directions lie.”

This recognition is given to faculty members who have conducted exceptional fundamental or applied research in one or more areas, or who have made a single or unique contribution to engineering concepts, and in which the research is responsive to or has an impact on society as a whole. 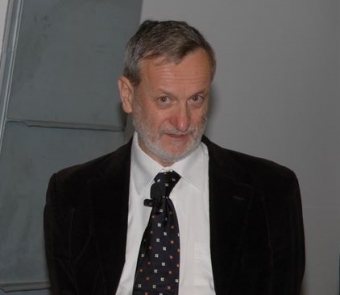 An internationally recognized pioneer and leader in biophysics, physics and biomedical engineering, Enrico Gratton has made significant contributions in advancing technology in fluorescence instrumentation, hardware, software and imaging for biomedical applications. His NIH-funded Laboratory for Fluorescence Dynamics has developed many imaging tools to measure protein dynamics inside live cells, including techniques that are now being used by scientists worldwide. The W.M. Keck Foundation awarded a $1 million grant to Gratton in 2013 for the development of an in vivo nanoscale optical imager. He also has developed one of the first imaging microscopes that can penetrate more than 3.5 mm through living tissue and demonstrated that fluorescence lifetimes metabolic states can be mapped in whole organs. Gratton has published more than 500-peer-reviewed articles with 29,000 citations. His ability to integrate ideas from the biomedical engineering and physics filed has provided a foundation for high impact research and innovation that lead the world in probing molecular events that are critical in understanding disease onset and progression. 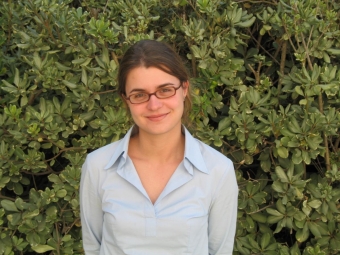 Athina Markopoulou’s research sits at the intersection of computer engineering and communications. She has built a strong program in the area of computer networks, including contributions to network coding and its integration into network protocols and systems, as well as in measurements and inference techniques for online social networks. She has established active collaborations within the department, with other schools at UCI (ICS, sociology), other universities and industry. Markopoulou also leads a large group of doctoral students (five just graduated, three current and two incoming), four postdocs, five visitors and several master’s degree students. All her past students are well-placed, including one who is now a faculty member at the University of Illinois at Chicago. Markopoulou also serves as the director for the Networked Systems program, for which she advises all doctoral students on the engineering side. Currently Markopoulou has 3,098 citations (the majority of which, 2,383 are since 2009). All papers appeared in top venues for their respective field, and she has been invited many times to present them in several venues. 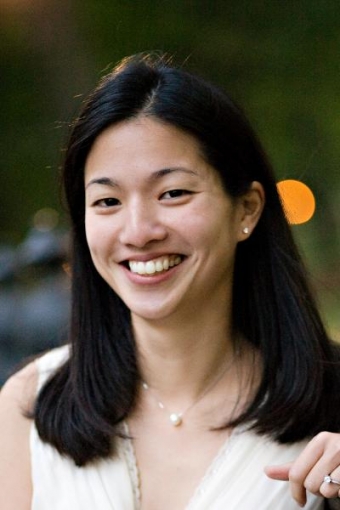 Since coming to UCI in 2010, Wendy Liu has built a research program spanning fundamental and translational research. Her work is centered on understanding immune cell-biomaterial interactions and developing immunomodulatory biomaterials for medical devices. Her research has been published in high impact journals including the Proceedings of the National Academy of Sciences. She has been featured in Faculty of 1000 Prime and received the Rising Star Award at the 2013 Biomedical Engineering Society’s Cell and Molecular Bioengineering Annual Conference. She also won the prestigious NIH New Innovator Award in 2010, securing $1.5 million for her lab.

This award is presented to a faculty team or individual in the Samueli School who has made outstanding contributions to the improvement of undergraduate engineering education. It is meant to recognize the demonstrated impact of innovation in the education process, including the design, development and application of new pedagogy, teaching tools and assessment methods. Exceptional teaching in the classroom is also considered. Selection will favor those whose contributions have made important, pervasive improvements in engineering education with a significant potential for long-term impact. 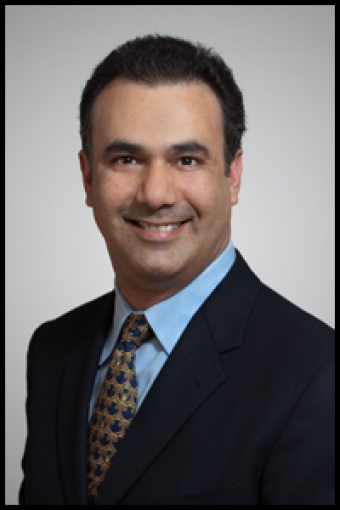 Donald Dabdub has made outstanding contributions to the improvement of undergraduate engineering education by developing, testing and applying exciting new teaching technology in his courses. Dabdub teaches the undergraduate course “Introduction to Engineering Computations.” He completely updated the course content from FORTRAN to Matlab emphasis, taking special care to ensure the entire mechanical and aerospace engineering curriculum presents a cohesive learning and usage of computational skills throughout the undergraduate experience. He developed 35 online videos that are now used in the UCI Extension program via the Open Courseware Consortium as well as by all current students in the introductory course. Dabdub has also experimented with the concept of remote live teaching, in collaboration with UCI's Teaching, Learning and Technology Center and a professor at Rice University. Dabdub consistently earns some of the highest scores in student evaluations and has been nominated and awarded the Engineering Student Council MAE Professor of the Year on numerous occasions. 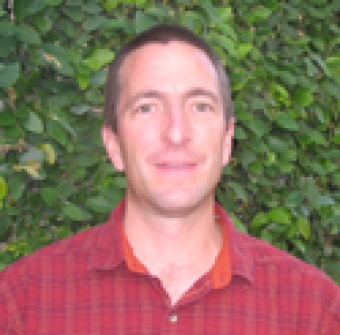 Russell Detwiler’s creative and departmentwide contributions have significantly and positively impacted the quality of programs in the civil and environmental engineering department. In response to students’ difficulty in grasping concepts related to flow through pipe networks, Detwiler modernized the hydraulics teaching lab by building hands-on experimental systems for study of friction losses through pipes and fittings. He also constructed several work stations for small lab groups to test the systems, and he introduced computer labs with free online software for students to compare hands-on measurements with results of pip network modeling software. He required a pre-lab write up in which students formulate a hypothesis and suitable experimental approach to complete the lab assignments. As a result, students are doing notably better on design projects, with instructor ratings and class evaluations seeing an upward trend.  Detwiler also overhauled the department’s program improvement process. He took on the multi-year demanding service role of lead faculty for ABET accreditation. He had a vision for making the program improvement process a mechanism by which the department could critically evaluate its strengths and weaknesses and took steps to deliver every student the best possible education given our resources. 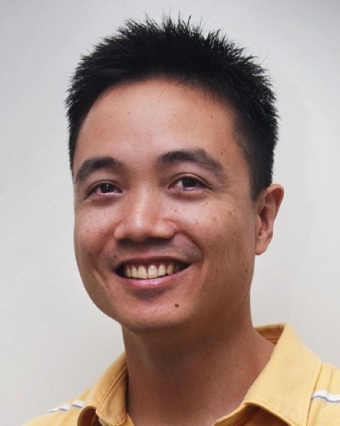 Elliot Hui redesigned the biomedical engineering core molecular and cellular biology series to emphasize conceptual understanding and problem solving rather that rote memorization. He also has spent many years teaching tissue engineering to both undergraduate and graduates, creating new course materials that cover emerging topics such as wound healing, artificial skin, stem cell biology and microscale tissue engineering. Most notably, Hui was the first in the department to employ podcasting his lectures. He puts his lecture material onto PowerPoint slides leaving plenty of blank space available so he can draw on them interactively during the lecture with the digitizing tablets in the UCI smart classrooms. The video recording is available to students soon after each class, so they can watch the podcast at home and take more notes, as well as review the material as they prepare for exams. Student feedback has been tremendously positive and other professors in the BME department have been adopting the same teaching style.