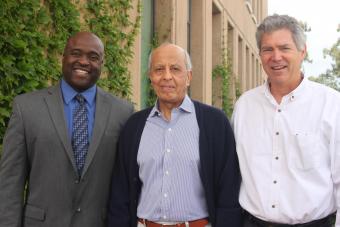 The celebratory events started early as colleagues gathered to congratulate Said Elghobashi on his election to the National Academy of Engineering (NAE). Election to the NAE is among the highest professional distinctions accorded to an engineer. Elghobashi is one of 67 new U.S. members and 11 new foreign associates announced today by the academy.

A professor in the Samueli School’s Department of Mechanical and Aerospace Engineering (MAE), Elghobashi has spent his career at UC Irvine. His research over the decades has involved challenging and important areas of fluid dynamics: turbulent flows, multiphase flows, and computational fluid dynamics (CFD). His leadership in each of these areas has been well recognized, and his early works have impacted the standard commercial CFD computer codes in the field. His more recent works are setting future trends.

“It’s a good feeling to know that your peers have read your work and then voted to bestow this honor,” says Elghobashi.  “I woke up this morning to about 50 emails from around the world.”

UCI Chancellor Michael Drake, Provost Howard Gillman and Samueli School Dean Gregory Washington were on hand at a morning event to recognize Elghobashi. The chancellor noted that this was a great and much deserved honor. “Very few people rise to the top of this list. The nomination is extraordinarily competitive,” he said. “Then to get through the ballot takes the acknowledgement from peers that your work is truly invaluable.” 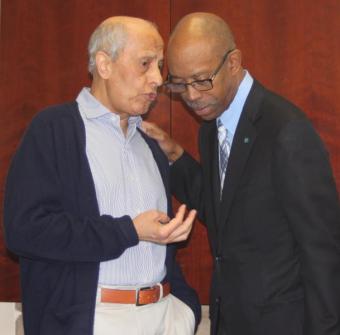 “What I’m most proud of with this recognition is that Said is organic to UCI,” said Washington. “He exemplifies what this university is all about. He took a chance when coming here 35 years ago, and he is as much responsible for its success as any senior administrator.”

Faculty from the MAE department honored Elghobashi at a luncheon. His election to the academy brings the number of NAE members to four in the department, an 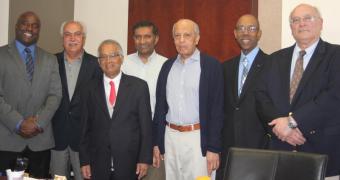 “With this great honor comes great responsibility,” said Derek Dunn-Rankin, professor and chair of the MAE department. “I’m looking forward to what the future holds with all of these academy members on our faculty.”

Elghobashi joked that he remembers coming here 35 years ago. “There were mostly cows, and there were no computers. I had come from a great institution, Imperial College, University of London. I had other offers, some with higher salary. I chose Irvine for the weather. “