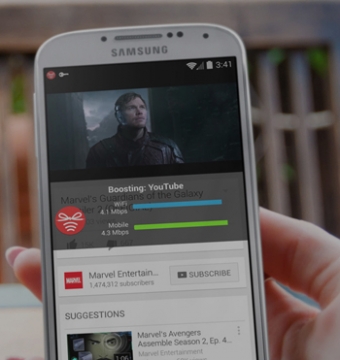 By combining Wi-Fi and cellular networks, Netup helps mobile users stream HD videos more smoothly, download large email attachments instantly and browse the Internet faster. The app, which works seamlessly in the background, improves connection speed and reliability, and saves money on costly data charges by making intelligent decisions about which network to use and when to combine them. Netup supports Android devices from 4.0 to 5.0 and works with any cellular network.

The company has built a working Netup prototype and is appealing to the Kickstarter community to help fund the final stages of development and deployment. Kickstarter backers will receive discounted monthly service fees on the app and early access to the product.

“We’re so happy with the product and excited to introduce it to the Kickstarter community and eventually the world,” says Le, Shoelace Wireless chief technology officer. “After all, who doesn’t want faster, cheaper mobile Internet?”

Adds Markopoulou: “Today, we are surrounded by so many networks and devices, yet wireless access is still slow in places with congested WiFi, like coffees shops, airports and conferences, or spotty cellular coverage. Netup takes a step towards solving these problems by seamlessly combining the best of both cellular and Wi-Fi worlds.”

Learn more about Netup and its Kickstarter campaign.