Engineer Named a Fellow of the National Academy of Inventors

Being named a NAI Fellow is distinction accorded to academic inventors who have demonstrated a highly prolific spirit of innovation in creating or facilitating outstanding inventions that have made a tangible impact on quality of life, economic development, and the welfare of society. 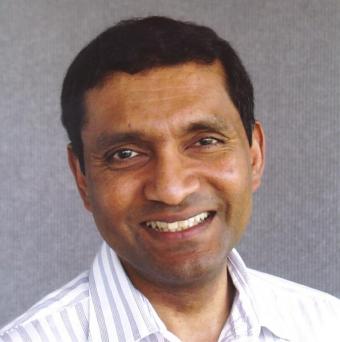 "I am humbled and honored to be among this distinguished group of Nobel Laureates and National Medal Prize winners,” says Wickramasinghe. “The greatest thrill I get is to see some of my inventions translated to practice and in use all over the world."

"The 2013 NAI Fellows and their creative accomplishments showcase the continued excellence of academic innovation and invention," said NAI President Paul R. Sanberg.  "Their work has brought great benefit to the world and we are proud to honor them as Fellows."

Wickramasinghe is among 10 University of California professors being named; he is the only one from UCI. The new fellows will be inducted during the Annual Conference of the National Academy of Inventors on March 7 at the U.S. Patent and Trademark Office headquarters in Alexandria, Va.