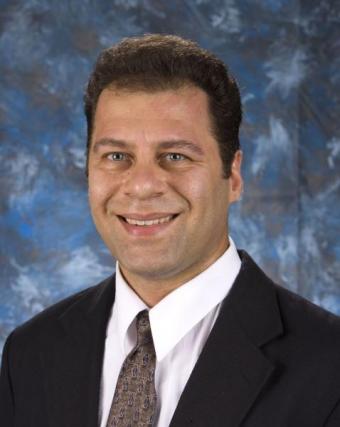 Electrical engineering professor Payam Heydari has been selected to deliver a keynote speech at the 2013 IEEE Global Conference on Signal and Information Processing to be held in Austin, Texas, in December.

Heydari’s research expertise involves the design and analysis of terahertz, millimeter-wave and radio-frequency integrated circuits. In his keynote talk, he plans to address the challenges and opportunities associated with fully integrated millimeter-wave imaging in silicon.

According to Heydari, today’s applications for video streaming and data sharing/backup are driving demand for increased device-to-device data transfer bandwidth for in-adjacent-room communication on the order of 10-20 meters. While the demand for higher data rates is growing, consumers are also becoming accustomed to, and beginning to expect, broadband wireless connectivity for their devices. To replace electrical cable-based links, wireless links will need to demonstrate competitive or superior data rates, energy efficiency, reliability, cost and in some applications, latency. On the other hand, optical interconnects offer the flexibility of traditional electrical cable-based systems at potentially higher data rates and lower power and latency. However, the reliability and cost of optical cable systems are open issues.

Heydari’s panel presentation aimed to answer the question: “Do You Need to Plug In to Get Your Fill of Bits?” In other words, can future wireless systems support the 10-plus gigabit-per-second data rates that future systems will demand? If not, what is the best approach? Traditional electrical or emerging optical cable solutions?