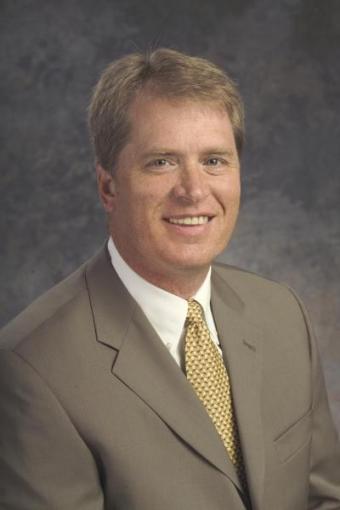 Professor A. Lee Swindlehurst has been appointed the new associate dean for research and graduate studies. Swindlehurst, a professor of electrical engineering and computer science, has been at UC Irvine since 2007 and most recently served as associate department chair for EECS.

"The school has made great strides over the past two decades in both the reputation of its scholarly research and the quality of its graduate programs,” says Swindlehurst. “We have exceptional faculty and a growing and very talented group of graduate students. I'm excited to work with Dean Washington and the rest of the faculty to keep the momentum going."

This is an expanded position, established upon the recommendation of a special committee that looked at cost-effective ways to manage the huge growth in graduate and undergraduate programs over the past 15 years. Graduate studies had formerly been under Associate Dean for Student Affairs John LaRue, but it will now report to Swindlehurst. LaRue’s title will change to Associate Dean for Undergraduate Student Affairs.

“Professor Swindlehurst has held administrative positions at multiple universities and in industry,” says Dean Gregory Washington. “His research contributions are outstanding, and his teaching and supervision of graduate students are regarded as excellent. I have no doubt that his experience and qualifications will prove most valuable to our school.”

Swindlehurst’s research focuses on multi-sensor signal processing, with particular emphasis on MIMO wireless communications, sensor networks, localization and tracking in radar systems, and biomedical signal analysis.  A  Fellow of the Institute of Electrical and Electronics Engineers (IEEE) and active in IEEE Signal Processing Society affairs, he is the recipient of numerous teaching, research, and best paper awards, including the IEEE W. R. G. Baker Award, the IEEE Stephen O. Rice Prize in the Field of Communications Theory, and the IEEE Signal Processing Society’s Best Paper Award in 2010 for a 2004 paper that is the highest cited paper from the IEEE Transactions on Signal Processing in more than 10 years, according to the ISI Web of Science.

Swindlehurst earned his bachelor’s and master’s degrees in electrical engineering from Brigham Young University, and his doctorate from Stanford University.  After working as an electrical engineer in the defense industry, he accepted a tenure-track position at BYU in 1990, eventually serving as chair of the department of electrical and computer engineering from 2003-2006.  He then took a personal development leave from BYU to serve as vice president of research for ArrayComm LLC in San Jose, where he managed a staff of 17 engineers working on advanced techniques for MIMO wireless communications. He was responsible for all research activities, including algorithm development, testing, software implementation and testing.

Swindlehurst replaces Professor William Tang, who ended his term in June and is on sabbatical this academic year.