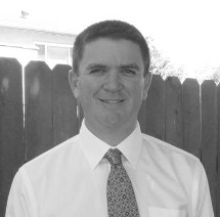 Abstract: The NASA Jet Propulsion Laboratory is maturing the technique of millimeter- and submillimeter-wave Differential Absorption Radar (DAR) for remotely measuring atmospheric humidity, and is tailoring systems for both terrestrial and planetary environments. Aimed at improving climate models and weather forecasts on Earth, the 155-175 GHz VIPR (Vapor Inside-cloud Profiling Radar) system measures scattering from cloud particles, precipitation, ocean or terrain. By averaging over speckle realizations and varying the radar frequency along the flank of the water molecule’s 183 GHz absorption resonance, accurate humidity retrievals have been demonstrated from both ground and airborne platforms. To demonstrate the feasibility of the technique in a very thin atmosphere such as on Mars, a higher DAR frequency near the stronger 557 GHz water vapor resonance is appropriate. To this end, a 560 GHz DAR has been built and evaluated in gas-cell laboratory measurements, with an emphasis in the instrumentation design on compactness and low power consumption, appropriate for a planetary science mission such as a future Mars rover. Called WASSR (WAter Sounding Short-range Radar), the instrument is also reconfigurable for operation near 360 GHz, where a moderately strong water vapor resonance enables field demonstration in dry terrestrial conditions, such as winter conditions at high elevations. In this talk, summaries of the VIPR and WASSR measurements and performance will be provided, and differences between their RF, quasi-optical and digital architectures will be compared.

Bio: Ken Cooper is a principal RF microwave engineer at the Jet Propulsion Laboratory. After earning his doctorate in condensed matter physics at Caltech and conducting subsequent postdoctoral research in microwave quantum bits, Cooper joined JPL in 2006 to focus on higher frequency sensors and instrumentation with practical applications. At JPL, he has led the development of millimeter- and submillimeter-wave radar and heterodyne spectroscopic sensors for earth science, planetary science and security. These include scanning terahertz radar systems for concealed object detection, a compact Doppler radar and spectrometer for cometary jet observation, and differential absorption radars for humidity sounding on Earth and Mars.