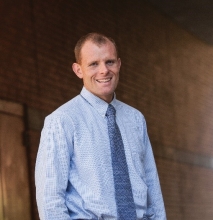 Abstract: Measurements of scalar values in reacting and nonreacting flows are critical for identifying fluid mechanic phenomena, evaluating practical devices and assessing simulations. Infrared thermography is a promising imaging technique that can often be readily implemented to obtain quantified measurements in both reacting and nonreacting flows that contain radiating species. Three examples are provided of how infrared thermography has been used to evaluate different fluid phenomena. First, radiation intensity measurements are reported for subsonic exhaust plumes. Comparisons between measurements and calculations show that two-dimensional calculations are insufficient to adequately capture mixing and entrainment into the exhaust plume. Second, the temperature distribution of spark kernels is reported after applying a deconvolution technique to radiation intensity measurements.  Subjecting kernels to cross-flows increases the temperature of the gases, but decreases the overall sensible enthalpy because of reductions in the kernel volume. Third, application of infrared thermography to investigate ignition and steady-state combustion in a windowed scram-jet combustor is reported. Shedding from spark kernels is evident as well as the different stages of shock development of exhaust from a pulse-detonator. Measurements of emissions from steady-state combustion indicates the distribution of unburned hydrocarbons within the combustor.

Bio: David Blunck is an associate professor in the School of Mechanical, Industrial, and Manufacturing Engineering at Oregon State University and is currently serving as the associate head for the undergraduate program. He has established the Combustion, Ignition, Radiation and Energy (CIRE) Laboratory and co-founded the Propulsion Laboratory. His research focuses on combustion processes for wildfire and propulsion applications. As a result, his research ranges from studying smoldering combustion (which burns at mm/s) to detonations (which burn at 1 km/s). In 2015 he was named the AIAA Pacific Northwest Section Young Engineer of the Year, and in 2016 he received an ONR Young Investigator Award for combustion research. Prior to joining OSU (in 2013), he was the lead investigator in fundamental combustor research at Air Force Research Laboratory (2010 – 2013) and a graduate research assistant at Purdue University (2005-2010). During his time at AFRL, Blunck was the recipient of a Simpson Team Award (2013) and was nominated for a Presidential Early Career Award from the Propulsion Directorate (2011). At Purdue University, Blunck conducted studies of infrared radiation emissions from exhaust plumes and flames. He received a Department of Homeland Security Fellowship (2007 – 2010), was named the Outstanding Graduate Student for the School of Mechanical Engineering (2010) and received the Graduate Student Excellence Award from the university (2010). He received a bachelor of science degree from Brigham Young University in 2005. Blunck has authored over 100 peer-reviewed or conference publications, 2 sections in books, and has provided over 32 invited presentations. He, his wife, four sons, six goats and 20 chickens live in Albany, OR.