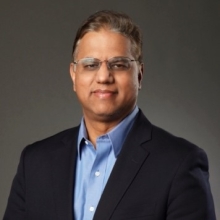 Abstract: Additive Manufacturing (AM) is expected to revolutionize manufacturing. The current generation of AM technology has overcome many limitations of traditional manufacturing. However, the current AM technology still needs many improvements. This presentation will describe how robots can be used to realize the next generation of AM technologies. The first part of this presentation will describe how performing material deposition using articulated robot arms can significantly expand AM processes capabilities by enabling material deposition on non-planar layers. Many composite parts have thin three-dimensional shell structures. Achieving the right fiber orientation is critical to the functioning of these parts. Printing them using conventional planar-layer AM processes leads to fibers being oriented in the plane of the layer. The capability to deposit the material along non-planar conformal layers can produce parts with improved material properties. Robots can be used to perform multi-resolution printing that finds the best trade-off between build speed and surface finish. Robots can also be used to realize supportless AM. In the near foreseeable future, AM is not expected to produce high-quality electronics (e.g., processor, sensors). The use of robots also enables the insertion of externally fabricated components such as sensors, actuators, and energy harvesting components during the AM process. The second part of this presentation will describe artificial intelligence techniques needed for generating and executing robot trajectories to build high quality parts using AM.

Bio: Satyandra K. Gupta holds the Smith International Professorship in the Department of Aerospace and Mechanical Engineering and Department of Computer Science in the  Viterbi School of Engineering at the University of Southern California. He serves as the director of the Center for Advanced Manufacturing. He served as a program director for the National Robotics Initiative at the National Science Foundation from September 2012 to September 2014. Gupta’s research interests are physics-informed artificial intelligence, computational foundations for decision making, and human-centered automation. He works on applications related to computer-aided design, manufacturing automation and robotics. He has published more than 400 technical articles. He is a fellow of the American Society of Mechanical Engineers (ASME), Institute of Electrical and Electronics Engineers (IEEE), Solid Modeling Association (SMA), and Society of Manufacturing Engineers (SME). He serves as the editor-in-chief of the ASME Journal of Computing and Information Science in Engineering. Gupta has received numerous honors and awards for his scholarly contributions. Representative examples include a Young Investigator Award from the Office of Naval Research in 2000, Robert W. Galvin Outstanding Young Manufacturing Engineer Award from the Society of Manufacturing Engineers in 2001, CAREER Award from the National Science Foundation in 2001, Presidential Early Career Award for Scientists and Engineers in 2001, Invention of the Year Award at the University of Maryland in 2007, Kos Ishii-Toshiba Award from ASME in 2011, Excellence in Research Award from ASME Computers and Information in Engineering Division in 2013, Distinguished Alumnus Award from Indian Institute of Technology, Roorkee in 2014, and ASME Design Automation Award in 2021. He was named one of “The 20 Most Influential Professors in Smart Manufacturing” by Smart Manufacturing Magazine in June 2020. He was given a Use-Inspired Research Award by Viterbi School of Engineering in 2021 for creating solutions that are addressing U.S. aerospace and defense industry’s needs in the advanced manufacturing area. He has also received 10 best paper awards at international conferences.