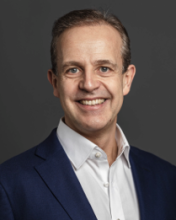 Abstract: The accurate simulation and qualitative analysis of large nonlinear systems of solid and fluid mechanics continues to be a major challenge. To this end, projection-based model reduction techniques are broadly used but they rely on ad hoc mode selection and produce a priori unknown errors. A recent alternative is reduction to spectral submanifolds (SSM), which are low-dimensional attractors acting as nonlinear continuations of the spectral subspaces of the linearized system. Two open-source numerical packages, SSMTool and SSMLearn, are now available to perform such computations for nonlinear evolution equations and data. We will illustrate these results on nonlinearizable numerical and experimental data sets.

Bio: George Haller received his doctorate in applied mechanics at the California Institute of Technology in 1993. He then spent a year as postdoc at the Courant Institute of Mathematical Sciences at New York University, prior to joining the Division of Applied Mathematics at Brown University as an assistant professor in 1994. In 2001, he left Brown University as associate professor to join the Department of Mechanical Engineering at the Massachusetts Institute of Technology, where he became professor in 2005. While still a professor at MIT, he became the first director of the Morgan Stanley's Mathematical Modeling Center in Budapest, which he headed for three years. He then joined the Department of Mechanical Engineering at McGill University in 2009, serving as department chair till 2011. Over the period 2014-2018, he headed the Institute for Mechanical Systems at ETH Zurich, where he currently holds the chair in nonlinear dynamics.

Haller has served on the editorial boards of the SIAM Journal for Mathematical Analysis,  Journal of Discrete and Continuous Dynamical Systems and the Zeitschrift für Angewandte Mathematik und Physik (ZAMP). He is currently senior editor at the Journal of Nonlinear Science, associate editor at the Journal of Applied Mechanics, feature editor at Nonlinear Dynamics and Editorial Advisory Board member at Chaos. His honors include a Manning Assistant Professorship at Brown University, an Alfred P. Sloan Research Fellowship in mathematics, an Albert Szent-Gyorgyi Fellowship, an ASME Thomas J.R. Hughes Young Investigator Award, an honorary doctorate from the Budapest University of Technology and Economics and a Faculty of Engineering Distinguished Professorship at McGill University. He is an elected external member of the Hungarian Academy of Sciences, and a fellow of the American Physical Society, the American Society of Mechanical Engineers and the Society of Industrial and Applied Mathematics.