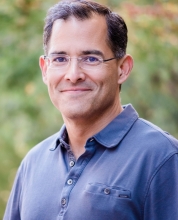 Abstract: Gene therapy – the delivery of genetic material to the cells of a patient for therapeutic benefit – has been increasingly successful in human clinical trials over the past decade, and there are currently five FDA-approved gene therapies. The most successful gene delivery vehicles, or vectors, are based on adeno-associated viruses (AAV); however, vectors based on natural versions of AAV face a number of delivery barriers that limit their efficacy and will thus preclude the extension of these successes to the majority of human diseases. These delivery limitations arise since the parent viruses upon which these vectors are based were not evolved by nature for our convenience to use as human medicine.

Unfortunately, due to the highly complex mechanisms of virus-host interactions, there is currently insufficient mechanistic knowledge to enable rational design to be sufficiently successful in creating new vectors. As an alternative, however, we developed the concept of using directed evolution to engineer highly optimized variants of AAV for a broad range of cell and tissue targets. Directed evolution involves the iterative genetic diversification of a biomolecule to create a gene pool and functional selection to isolate variants with optimal properties. Using this approach, we have engineered AAV variants with greatly improved delivery efficiency to multiple organs including the retina, lung and muscle; targeted delivery to specific cell types; and the capacity to evade immune responses. Our novel AAV variants are currently used in five human clinical trials involving delivery to the retina and heart, and additional products will enter into the clinic this year.

In parallel, the advent of genome editing technologies such as the CRISPR/Cas9 system raise the possibility of using gene delivery not only for gene replacement but for repair or knockout of endogenous genes. We have thus been combining engineered AAVs with CRISPR/Cas9 for a range of applications. The integration of these new technologies – AAV delivery or genome editing machinery – can enable a broad range of basic and therapeutic applications.

Bio: David Schaffer is the Hubbard Howe Professor of Chemical and Biomolecular Engineering, Bioengineering, and Molecular and Cell Biology at UC Berkeley, where he also serves as the director of the California Institute for Quantitative Biosciences (QB3). He received a B.S. from Stanford University in 1993 and a Ph.D. from MIT in 1998, both in chemical engineering. He then conducted a postdoctoral fellowship at the Salk Institute for Biological Studies before joining UC Berkeley in 1999. There, he applies engineering principles to optimize gene and stem cell therapies, work that includes developing the concept of applying directed evolution to engineer targeted and efficient viral gene therapy vectors as well as new technologies to investigate and control stem cell fate decisions. In addition, he has co-founded six companies, and one, 4D Molecular Therapeutics, has advanced this technology into numerous human clinical trials. He has published more than 220 papers, has advised more than 90 graduate students and postdoctoral fellows, is an inventor of more than 50 patents, and has received recognitions including the Andreas Acrivos Professional Progress Award, the American Institute of Chemical Engineers Pharmaceutical and Bioengineering Award, the American Chemical Society Marvin Johnson Award, the ACS BIOT Division Young Investigator Award, and the Biomedical Engineering Society Rita Shaffer Young Investigator Award.