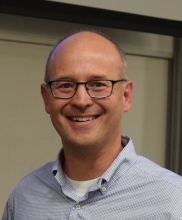 Abstract: This talk will describe our current work on vision-based autonomous target tracking and following using small UAVs. We will present a new multiple target tracking algorithm that is based on the random sample consensus (RANSAC) algorithm that is widely used in computer vision.  A recursive version of the RANSAC algorithm will be discussed, and its extension to tracking multiple dynamic objects will be explained. The performance of R-RANSAC will be compared to state-of-the-art target tracking algorithms in the context of problems that are relevant to UAV applications. We will also discuss recent research on vision-based relative pose estimation. We will describe a technique for using point correspondences in video to estimate the camera pose, where the cost function to be optimized is derived from the epipolar constraint. At each iteration, the estimated incremental pose is used to construct the Essential matrix, and the Levenberg-Marquardt (LM) algorithm is used to optimize the associated Sampson error.

Bio: Randal W. Beard received a bachelor's degree in electrical engineering from the University of Utah, Salt Lake City, in 1991, and master's degrees in electrical engineering (1993) and mathematics (1994), and a doctorate in electrical engineering in 1995, all from Rensselaer Polytechnic Institute, Troy, NY. Since 1996, he has been with the Department of Electrical and Computer Engineering at Brigham Young University, Provo, UT, where he is currently a professor. In 1997 and 1998, he was a summer faculty fellow at the Jet Propulsion Laboratory, California Institute of Technology. In 2006 and 2007, he was a visiting research fellow at the Air Force Research Laboratory, Munitions Directorate, Eglin, FL. His primary research focus is on autonomous control of small air vehicles and multivehicle coordination and control. He is a past associate editor for the IEEE Transactions on Automatic Control, the IEEE Control Systems Magazine, and the Journal of Intelligent and Robotic Systems. He is a fellow of the IEEE and an associate fellow of AIAA.