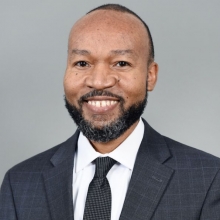 Abstract: The limited availability of frequency spectrum coupled with the increasing demands for communication and data services requires achieving greater spectral efficiency. Large amounts of spectrum in the ~1GHz to ~40GHz range is allocated to radar systems, but it’s not always in use. This has motivated regulatory bodies and researchers to explore ways additional users can share portions of spectrum already allocated to radars without impacting the radars' normal operations nor its performance. Thus, we explore the possibility of diverse RF systems coexisting within the same frequency band as a means of improving spectral efficiency. Specifically, radars coexisting in the same frequency band as communications systems are of interest, as this presents a set of new challenges for system design and analysis. We first develop a performance bound for a cooperative radar and communications system coexisting within the same frequency band. Second, we develop new theory for predicting the receiver operating characteristics of a radar receiver cooperating with an in-band communications system.

Bio: Christ D. Richmond received the bachelor's degree in electrical engineering from the University of Maryland, College Park, and the bachelor's degree in mathematics from Bowie State University, Bowie, MD. He received the master's and electrical engineering degree and a doctorate in electrical engineering from the Massachusetts Institute of Technology. Employed at MIT Lincoln Laboratory from 1996 to 2017, he was a senior staff member in the Advanced RF Sensor Techniques Group where he led research teams as principal investigator on several programs in the development of adaptive algorithms for detection and parameter estimation, performance bounding for active radar/sonar, adaptive communications and passive RF geolocation systems. He was a visiting lecturer and associate at Harvard University from July 2014 to December 2015, and a visiting lecturer at MIT in the Fall of 2000. He is currently an associate professor in the School of Electrical, Computer and Energy Engineering at Arizona State University, and director of the Signals, Information, Inference, and Learning Group. His research interests include statistical signal and array processing, detection and parameter estimation theory, and information theory with application to radar/sonar and communications. He is the recipient of the Office of Naval Research Graduate Fellowship Award 1990-1994, the Alan Berman Research Publications Award, March 1994 (Naval Research Laboratory), the IEEE Signal Processing Society 1999 Young Author Best Paper Award in the area of sensor array and multichannel (SAM) signal processing, and a fellow of the IEEE. He has served as the technical chairman of the Adaptive Sensor Array Processing Workshop, MIT Lincoln Laboratory, 2007, 2006 and 1998, and served as a member the IEEE Technical Committee on SAM Signal Processing. He served as an associate editor for the IEEE Transactions on Signal Processing from 2002 to 2005. He currently serves as a senior associate editor for IEEE Signal Processing Letters and a guest editor for a special issue on "Radar-Communications co-existence for IoT" in the Frontiers in Communications Journal, 2020-2021.