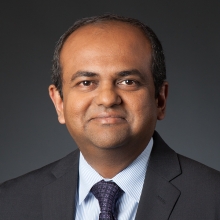 Abstract: We have recently demonstrated the possibility of learning drone swarm controllers that are zero-shot transferable to real quadrotors via large-scale, multi-agent, end-to-end reinforcement learning. We train policies parameterized by neural networks that are capable of controlling individual drones in a swarm in a fully decentralized manner. Our policies, trained in simulated environments with realistic quadrotor physics, demonstrate advanced flocking behaviors, perform aggressive maneuvers in tight formations while avoiding collisions with each other, break and re-establish formations to avoid collisions with moving obstacles, and efficiently coordinate in pursuit-evasion tasks. The talk will describe these recent results and results of simulation analysis showing how different model architectures and parameters of the training regime influence the final performance of neural swarms. We will demonstrate the successful deployment of the model learned in simulation to highly resource-constrained physical quadrotors performing station-keeping and goal-swapping behaviors.

Bio: Gaurav S. Sukhatme is the Fletcher Jones Professor of Computer Science (joint appointment in Electrical Engineering) at the University of Southern California (USC). He served as the executive vice dean at the USC Viterbi School of Engineering from 2017-21 and the chair of the computer science department from 2012-2017. He is currently (2020-present) an Amazon Scholar. He received his undergraduate education at IIT Bombay in computer science and engineering, and M.S. and Ph.D. degrees in computer science from USC. He directs the USC Robotic Embedded Systems Laboratory, which he founded in 2000. His research interests are in multi-robot systems and robot networks. He has published extensively in these and related areas. Sukhatme has served as PI on numerous NSF, DARPA and NASA grants. He was a co-PI on the Center for Embedded Networked Sensing (CENS), an NSF Science and Technology Center. He is a fellow of the AAAI and IEEE, and a recipient of the NSF CAREER award and the Okawa Foundation research award. He is a founder of the Robotics Science and Systems conference. He was program chair of the 2008 ICRA and 2011 IROS. He is the editor-in-chief of Autonomous Robots and has served as associate editor of the IEEE TRO, the IEEE TMC, and on the editorial board of IEEE Pervasive Computing.