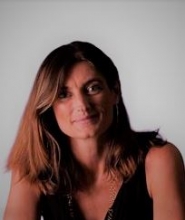 ZOOM Link will be distributed by the CEE Department
Isabella Velicogna, Ph.D.

Abstract:  Changes in the Earth’s cryosphere and water cycle that result from climate warming have a critical impact on global security and immense consequences for human populations such as rapid sea level rise, reduced availability of freshwater resources and food security. Scientists study these changes and their impacts using remote sensing techniques, in situ data, field campaigns, and computer models to document changes, understand their underlying physical mechanisms, and constrain numerical models. Ultimately, this information will allow scientists to work with engineers, social scientists, policymakers, stakeholders, and the public to develop and implement adaptation and mitigation strategies. Satellite remote sensing provides a key contribution to improve our understanding of the processes, monitoring their evolution, as well as improving our ability to project changes when used to improve climate models performances. These space technologies allow us to continuously observe ice sheet and glacier and ice caps changes, as well as changes in land water storage, to a precision of a centimeter of water height change globally. We have witnessed widespread, growing mass loss in Greenland from ice melt and enhanced glacier flow. Recently, large variations in atmospheric patterns have produced cold snaps followed by extreme summer melts. In Antarctica, we have quantified the mass loss, limited to a few sectors, and documented the greatest acceleration in loss. At both poles, the observations validate climate models reconstructions of surface mass balance and meltwater runoff. These efforts are being extended to the world’s glaciers with a new generation of global climate models and reanalysis data. Assessments of the mass balance of the world’s mountain glaciers provides the impact of observed changes on freshwater resources. We can also use these observations to monitor the impact of available water supply on vegetation productivity. Vegetation gross primary production from canopy photosynthesis is the primary conduit of carbon transfer between the land and atmosphere, while the vegetation canopy is a major nexus linking terrestrial water, carbon and energy cycles, and associated land-atmosphere carbon and climate feedbacks. The integrated information from satellite sensors provides complementary information about seasonal and annual variations in water availability to plants and growth globally and can be used to investigate and clarify seasonal drought and water supply patterns, and temporal dynamics influencing vegetation productivity and terrestrial carbon source/sink activity.

Bio:  Professor Velicogna's research focuses on studying the cryosphere components of the water cycle and their response to climate forcing. Her group studies the mass balance of the Greenland and Antarctic ice sheets, their contribution to sea level rise, and the evolution of the Arctic and High Mountain Asia water cycle in response to climate change. She uses multi-sensor geophysical techniques, especially satellite time-variable gravity (GRACE) and altimetry (ICESAT, ERS, Cryosat), passive microwave (MODIS, SMAP), and GPS, in combination with in-situ data, Earth system model outputs, and re-analysis data. Her work has implications for future sea level rise, Earth system modeling, and global land water cycle. The impacts are not only scientific but also societal. Her team studies the changes in land ecosystems associated with changes in land hydrology and develops tools to better predict the regional patterns of sea level rise. Professor Velicogna is a senior scientist at NASA's Jet Propulsion Laboratory. Her strong commitment to foster diversity, equity, and inclusion and a welcoming and supportive work climate for faculty, researchers and students is a key part of her profession; she leads multiple initiatives in this field. She has been elected fellow of the American Geophysical Union (AGU) for groundbreaking research to document and explain the evolution of ice sheets and groundwater resources using gravity remote sensing technologies. She received the European Geosciences Union's Vening Meinesz Medal for distinguished research in Geodesy, the AGU Joanne Simpson Medal, which honors mid-career scientists who have made transformative scientific advances or breakthrough in the Earth science. She is a Kavli Fellow of the U.S. National Academy of Sciences and has received a NASA award for outstanding scientific achievement. She has been named one of the world’s “most influential” researchers, in the top 0.1% of scientists with papers in the top 1% by citations (Thomson Reuters Highly Cited Researchers in Geosciences) for 6 of the past 7 years.