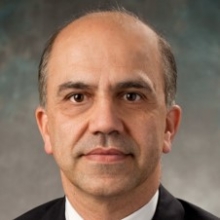 Abstract: Large Eddy Simulation (LES) has become the Computational Fluid Dynamics (CFD) approach of choice in the simulation of reacting flow at combustor scale. In this approach, the smallest scales of turbulence are modelled while the rest of the turbulent field is directly resolved. The superiority of LES over its predecessor, the Reynolds Average Navier Stokes (RANS) approach, in which the full spectrum turbulence is modeled, is well documented and can be summarized as an overall enhanced ability to reproduce the observed flow physics. However, LES still suffers from a drawback that is not commonly acknowledged. It is for the most part postdictive, i.e. if the flow behavior is known, then LES solutions can be obtained that reproduce it, but in the absence of such knowledge, truly predictive ability remains limited. This has obvious and severe limitations in the application of LES to combustor design. The predictive limitations of LES have commonly been blamed on deficiencies of the embedded models for the small scales. Despite the introduction of many such models, however, limited progress has been made. In this seminar, an additional reason for these LES limitations will be pointed out. Specifically, it will be demonstrated that the LES approach, as currently implemented, has inherent numerical dependencies that lead to the violation of one of the most basic engineering and scientific principles, namely that of reproducibility. That is, in a blind study, independent researchers will often not reproduce the same solution if they attempt to solve the same physical problem. This will be shown using results of a carefully executed study that involves simulations of the same physical problem using different CFD codes. A remedy to this problem will be proposed and demonstrated and will be contrasted to alternatives proposed in non-reacting flow where this problem has also received some attention.

Bio: Marios Soteriou’s formal education is in mechanical engineering. He has a doctorate from MIT (1993). Reacting flow modeling and simulation has remained a strong element of his research since his doctoral research, but he has also extensively branched out to other multiphysics and multiscale thermo-fluid problems such as two-phase flow (sprays, cavitation, two-phase lubrication and heat transfer) and aeroacoustics. After a postdoctoral appointment at MIT, and a short period on the faculty in the Department of Mechanical Engineering at University of Connecticut, Soteriou joined the United Technologies Research Center, where he became a technical fellow. Despite the inward and industrial focus of his position and of the bulk of his accomplishments, Soteriou has also maintained an extensive external presence with over 30 peer-reviewed publications in leading journals, many conference papers, active participation in professional organizations and a very large number of formal technical and invited presentations, including three as plenary speaker at major conferences.