EECS Seminar: Designing Computing Systems for the Internet of Things - Follow Your Brain! 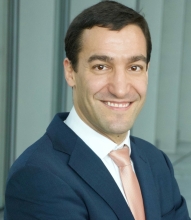 Abstract: The Internet of Things (IoT) has been hailed as the next frontier of innovation in which everyday objects are connected in ways that improve the quality of our living environments, as well as industrial efficiency. As a result, the IoT concept is poised to reach 40 billion connected “things” (or devices) by 2025. However, major key challenges remain in achieving this potential due to the inherent resource-constrained nature of IoT systems, coupled with the computing power requirements of Big Data computing servers, which can result in degraded and unreliable behavior computing systems, or a global energy crisis when IoT is fully deployed. In this talk, first, the challenges of ultra-low power design and communication in IoT devices will be presented. Then, possible design approaches for wearables and next-generation self-aware edge AI devices will be analyzed to successfully develop energy-efficient intelligent environments for the Big Data era. As a result, it will be discussed how to optimize cloud computing server infrastructures to interact with edge devices by including a new 3D computing many-core architecture that overcomes the prevailing worst-case power and cooling provisioning paradigm for centralized computing. This novel 3D server design includes a new system-level machine learning-based proactive approach for heat and energy management by capitalizing on the latest micro-scale two-phase liquid cooling technology. Finally, inspired by the mammalian central nervous system, it will be shown how we can integrate on this new 3D many-core a novel technology of on-chip microfluidic fuel cell networks to enable energy scalability in future generations of servers for the IoT era.

Bio:  David Atienza is an associate professor of electrical and computer engineering and leads the Embedded Systems Laboratory at EPFL, Switzerland. He received his master's degree and doctorate in computer science and engineering from UCM (Spain) and IMEC (Belgium). His research interests focus on system-level design methodologies for energy-efficient computing systems, particularly multiprocessor system-on-chip architectures for servers and next-generation smart embedded systems for the Internet of Things era. In these fields, he is co-author of more than 300 publications, 12 patents and has received several best paper awards at top conferences. He was the technical program chair of DATE 2015 and general chair of DATE 2017. Atienza has received the DAC Under-40 Innovators Award in 2018, IEEE TCCPS Mid-Career Award in 2018, an ERC Consolidator Grant in 2016, the IEEE CEDA Early Career Award in 2013, the ACM SIGDA Outstanding New Faculty Award in 2012, and a Faculty Award from Sun Labs at Oracle in 2011. He is an IEEE fellow, an ACM distinguished member and was the president (2018-2019) of the IEEE Council on Electronic Design Automation.