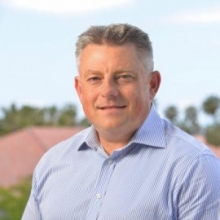 Abstract: Our insatiable demand for sensing, communication and computing has been a key driver in the relentless scaling of CMOS feature sizes. However, as the benefits of technology scaling are coming to an end, an increasing amount of out-of-the-box thinking will be required to maintain the progress slopes that we have become accustomed to. In this spirit, my talk will focus on system-driven opportunities that will help improve the performance and efficiency of mixed-signal interfaces. In a first set of projects, we are looking at algorithms that allow us to “fool Nyquist” and implement information-centric digitizers. A second area of interest aims to push machine learning algorithms closer to the A/D interface and benefit from mixed-signal techniques to lower their classification energy.

Specific examples covered in this talk include analog-to-information conversion for ultrasound imaging and nonlinear system ID, always-on image and sound classification, mixed-signal accelerators for convolutional neural networks, and an investigation into “approximate memory” for machine learning.

Bio: Boris Murmann is a professor of electrical engineering at Stanford University. He joined Stanford in 2004 after completing his doctorate in electrical engineering at UC Berkeley in 2003. From 1994 to 1997, he was with Neutron Microelectronics, Germany, where he developed low-power and smart-power ASICs in automotive CMOS technology. Since 2004, he has worked as a consultant with numerous Silicon Valley companies. Murmann’s research interests are in mixed-signal integrated circuit design, with special emphasis on sensor interfaces, data converters and custom circuits for embedded machine learning. In 2008, he was a co-recipient of the Best Student Paper Award at the VLSI Circuits Symposium and a recipient of the Best Invited Paper Award at the IEEE Custom Integrated Circuits Conference. He received the Agilent Early Career Professor Award in 2009 and the Friedrich Wilhelm Bessel Research Award in 2012. He has served as an associate editor of the IEEE Journal of Solid-State Circuits, as well as the Data Converter Subcommittee chair and the Technical Program chair of the IEEE International Solid-State Circuits Conference. He is the founding faculty co-director of the Stanford SystemX Alliance and the faculty director of Stanford's System Prototyping Facility. He is a Fellow of the IEEE.