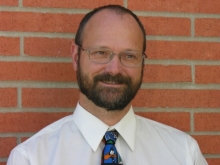 Abstract: A cantilever is a type of beam constrained at one end with the other end extending freely outward. In most macroapplications, the cantilever is rigid for minimal movement. No one wants to see a jet's wings flapping or feel a balcony bend when walking out to the end. However, a diving board needs to flex under a load; therefore, it is designed for more flexibility. In microapplications, some cantilevers are rigid allowing for a controlled movement. Other cantilevers are more flexible allowing for variable degrees of movements. Flexible microcantilevers are used in applications where an external force or intrinsic stress causes the cantilever to flex or bend (e.g. atomic force microscopes, diagnostic transducers, chemical sensor arrays). More rigid cantilevers are used as needles, probes or transport mechanisms for probes or transducers.

This seminar talk covers the theory of how a cantilever works. It will identify differences in the operation of macro and microcantilevers.

Bio: Matthias Pleil, Ph.D., is the principal investigator for two National Science Foundation-funded centers, the Southwest Center for Microsystems Education (since 2004) and the Support Center for Microsystems Education (2017). He is a research professor of mechanical engineering and the MTTC Cleanroom manager at the University of New Mexico. He teaches several undergraduate engineering classes and promotes micro and nanotechnology. Previously he was a faculty member at Central New Mexico Community College in both the Schools of Applied Technologies and Math, Science and Engineering where he taught microsystems fabrication and design, survey of engineering, and physics. He has over 12 years of experience in semiconductor manufacturing from both Texas Instruments and Philips Semiconductors, where he worked as a senior process and equipment engineer and engineering manager in photolithography, yield and metrology. Pleil received his doctorate in physics in 1993 from Texas Tech University, where he completed original research on time-resolved fluorescence spectroscopy.