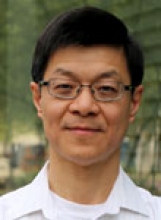 Abstract: Line failure in a power grid propagates in non-local, intricate and counterintuitive ways because of the interplay between power-flow physics and network topology, making the mitigation of cascading failure difficult. The conventional approach to grid reliability is through building redundant lines. In this talk, we present an opposite approach to grid reliability through failure localization, by judiciously removing lines and adopting a new class of frequency control algorithms in real time. The topology design partitions the network into regions that are connected in a tree structure. The frequency control automatically adjusts controllable generators and loads to minimize disruption and localize failure propagation. This approach is derived from a spectral representation of power flow equations that relates failure propagation to the graph structure of the grid through its Laplacian matrix. We summarize the underlying theory and present simulation results that demonstrate that our approach not only localizes failure propagation, as promised by the theory, but also improves overall grid reliability even though it reduces line redundancy.

Bio: Low is the Gilloon Professor in the Department of Computing & Mathematical Sciences and the Department of Electrical Engineering at Caltech and an honorary professor at the University of Melbourne, Australia. Before that, he was with AT&T Bell Laboratories, in Murray Hill, New Jersey, and at the University of Melbourne, Australia. He was a co-recipient of IEEE best paper awards and is an IEEE Fellow. His research on communication networks has been accelerating more than 1TB of internet traffic every second since 2014. His research on smart grids is providing large scale EV charging to workplaces, schools from K-12 and universities, municipalities, and Fortune Global 500 companies. Low received his B.S. from Cornell and Ph.D. from UC Berkeley, both in electrical engineering.