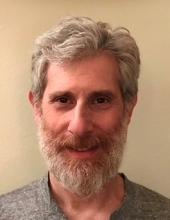 Abstract: How do molecular machines really work?  And how can molecular simulations be accelerated to yield reliable insights into such machines?  To address the first question, we will explore standard chemical kinetics models of machine function, but with a twist - seeking to find a range of models that can perform a given function.  The results point to possible functional and mechanistic heterogeneity of machines beyond what is typically presented in literature cartoons.  For the second question, we discuss the “weighted ensemble” method, which orchestrates multiple trajectories in a system’s state space and can yield "super-parallel" performance in computing observables of interest.  In application to protein folding, we demonstrate the value of recently developed non-equilibrium analysis of trajectory data.

Bio: Daniel M. Zuckerman is a professor of biomedical engineering in the OHSU School of Medicine, where he is also a faculty member at the OHSU Center for Spatial Systems Biomedicine. Zuckerman obtained a bachelor's degree in the comparative study of religion at Harvard University, a master's degree in physics from UCLA working with Robijn Bruinsma, and a doctorate in physics from the University of Maryland working with Wolf Prize winner Michael Fisher.

In 2002, Zuckerman joined the faculty of the University of Pittsburgh School of Medicine (UPSOM) where he became a founding member of the Department of Computational & Systems Biology. He later served as department vice chair and as co-director of the joint Carnegie Mellon/University of Pittsburgh graduate program in computational ciology, and  received the UPSOM's 2015-16 Distinguished Mentorship Award.

Zuckerman became an OHSU faculty member in 2016. His research addresses the nanoscale behavior of biomolecules using a range of physics-based computer simulation technologies. His research group has been active in developing novel simulation methods, in addressing conformational behavior critical to the functioning of proteins, and in studying molecular machines.

Zuckerman is the author of more than 60 peer-reviewed publications, a textbook on molecular statistical mechanics and an online book covering cellular biophysics. He has been invited to speak about his work around the country and on four continents.