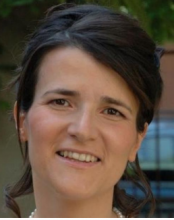 Abstract: The well-functioning of our modern society rests on the reliable and uninterrupted operation of large scale complex infrastructures, which are more and more exhibiting a network structure with a high number of interacting components/agents. Energy and transportation systems are prominent examples of such large scale multi-agent networked systems. Depending on the specific case, agents may act cooperatively to optimize the overall system performance or compete for shared resources. Based on the underlying communication architecture, and the presence or not of a central regulation authority, either decentralized or distributed decision-making paradigms are adopted. In this talk, we address the interacting and distributed nature of cooperative multi-agent systems arising in the energy application domain. More specifically, we present our recent results on the development of a unifying optimization framework to cope with the main complexity features that are prominent in such systems, i.e.: heterogeneity, as we allow the agents to have different objectives and physical/technological constraints; privacy, as we do not require agents to disclose their local information; uncertainty, as we take into account uncertainty affecting the agents locally and/or globally; and combinatorial complexity, as we address the case of discrete decision variables. Possible application of the proposed framework to energy management in microgrids and electric vehicle charging will also be presented.

Bio: Maria Prandini received her doctorate in information technology from the University of Brescia, Italy, in 1998. She was a postdoctoral researcher at UC Berkeley (1998-2000). She also held visiting positions at Delft University of Technology (1998), Cambridge University (2000), UC Berkeley (2005), and ETH Zurich (2006). In 2002, she became an assistant professor in systems and control at Politecnico di Milano, Italy, where she is currently a professor and chair of the Automation and Control Engineering Program. She is and has been active in the IEEE Control Systems Society (CSS) and International Federation on Automatic Control (IFAC). She was editor for the IEEE CSS Electronic Publications (2013-15), elected member of the IEEE CSS Board of Governors (2015-17), and IEEE CSS vice president for conference activities (2016-17). She is currently IFAC vice president, conferences for the triennium 2020-23. She has been on program committees of several international conferences, co-chair of HSCC 2018, and was appointed program chair of IEEE CDC 2021. She serves as an associate editor for IEEE Transactions on Network Systems and Automatica, and previously for IEEE Transactions on Automatic Control, IEEE Transactions on Control Systems Technology, and Nonlinear Analysis: Hybrid Systems. In 2018, she received the IEEE Distinguished Member award for "contributions to stochastic, hybrid and distributed control systems and outstanding service to the Control Systems Society related to electronic publications and conference activities.” In 2019, she was elevated to IEEE fellow for "contributions to stochastic, hybrid and distributed control systems theory.” Her research interests include stochastic hybrid systems, nonlinear identification, distributed and data-based optimization, multi-agent systems and the application of systems and control theory to transportation and energy systems.