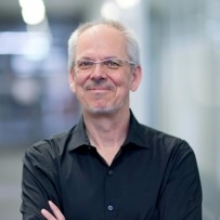 Abstract: While recent years have shown rapid progress of learning-based methods to effectively utilize data for control tasks, most existing control theoretic approaches still require knowledge of an accurate system model. It is worth asking if this trend toward data-driven approaches will ultimately lead to an obsolescence of classical systems and control theory. On the other hand, a key feature of control theory has always been its ability to provide rigorous theoretical guarantees – something that the learning community has only recently begun to address.In this talk, we present a novel framework for data-driven control theory, which does not rely on any model knowledge but still allows us to give desirable theoretical guarantees. This framework relies on a result from behavioral systems theory, where it was proven that the vector space of all input-output trajectories of a linear time-invariant system is spanned by time-shifts of a single measured trajectory, given that the respective input signal is persistently exciting. We show how this result can be utilized to develop a mathematically sound approach to data-driven system analysis, with the possibility to verify input-output properties (e.g., dissipation inequalities) of unknown systems. Moreover, we propose a novel purely data-driven model predictive control scheme, and we present theoretical results on closed-loop stability and robustness. Finally, the presented framework allows us to design state-feedback controllers with performance guarantees, even if the data are affected by noise.

Bio: Frank Allgöwer is director of the Institute for Systems Theory and Automatic Control and professor in mechanical engineering at the University of Stuttgart in Germany. Allgöwer's main interests in research and teaching are in the area of systems and control with a current emphasis on the development of new methods for data-based control, optimization-based control, networks of systems, and systems biology. Allgöwer has received several recognitions for his work including the IFAC Outstanding Service Award, the IEEE CSS Distinguished Member Award, the State Teaching Award of the German state of Baden-Württemberg, and the Leibniz Prize of the Deutsche Forschungsgemeinschaft. Allgöwer is president of the International Federation of Automatic Control, 2017-2020. He was editor for the journal Automatica from 2001 to 2015 and is editor for the Springer Lecture Notes in Control and Information Science book series and has published over 500 scientific articles. From 2012 until 2020, Frank also served as vice president of Germany's most important research funding agency, the German Research Foundation.