EECS Seminar: The Power of Arithmetic in ML Applications 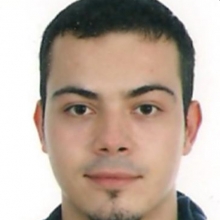 Abstract: Computer arithmetic is as ancient as computers. However, in the last decades this branch of computer science has been losing its popularity for the benefit of other younger and more trendy researching lines such as multiprocessing, GPUs, MPSoCs, NVMs or Deep Neural Networks (DNNs). In this talk we will cover recent approaches in the DNNs domain that are fully based on computer arithmetic. Concretely, we will explore different approximate functional units that help in the acceleration of the training and/or inference stages of DNNs and finalize with discussion of the latest efforts in data formatting for increasing accuracy.

Bio: Alberto A. Del Barrio received the doctorate in computer science from the Complutense University of Madrid (UCM), Spain, in 2011. Prior to this, he was at Northwestern University and after graduating, he was at UCI and UCLA. Since 2020, he has been an associate professor of computer science with the Department of Computer Architecture and System Engineering, UCM. His research interests include design automation, arithmetic, ML as well as video coding optimizations. He is an IEEE Senior Member and currently is in charge of the PARNASO project, which deals with the integration of posits within a RISC-V core to efficiently perform DNN training.