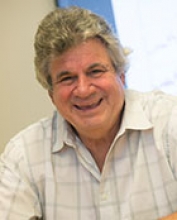 Abstract: Modern biomedical investigations are drowning in massive datasets characterizing the underlying biological systems, but there is currently a lack of mathematically well-founded tools to effectively integrate these datasets, especially when the cohort size is severely limited, as is nearly always the case in biomedical studies. In this talk, we will describe innovative methods for the analysis of high-dimensional biological systems, including the integrative analysis of radiomic features together with other high-dimensional data, in particular genomics. Our group is developing new methods in this area of applied mathematics and computer science, generally applicable to a wide range of data science problems, primarily based on optimal mass transport (OMT) theory, the resulting Wasserstein/Earth Mover’s Distance, Markov processes and graph curvature, as applied to data networks. In general, OMT methods have become very important for data analysis, including various machine learning tasks as well as statistical estimation theory, and have had a significant impact in medical imaging. However, significant extensions are required to effectively deal with the range of biomedical systems analysis, which we propose to address. Challenges include the introduction of a new theoretical basis of handling massive heterogeneous biomedical datasets and developing practical implementations in the form of effective software solutions for the general engineering/computer science research community.

Bio: Allen Tannenbaum is an applied mathematician and Distinguished Professor of Computer Science and Applied Mathematics & Statistics at the State University of New York at Stony Brook. He also is an affiliate attending computer scientist of medical physics at Memorial Sloan Kettering Cancer Center in New York City. He has held a number of other positions in the United States, Israel and Canada.

Tannenbaum has done research in numerous areas including computer vision, control and biomedical imaging, and has published articles in more than 500 publications. He pioneered the field of robust control with the solution of the gain margin and phase margin problems using techniques from Nevanlinna–Pick interpolation theory, which was the first H-infinity type control problem solved. He was one of the first to introduce partial differential equations in computer vision and biomedical imaging co-inventing an affine-invariant heat equation for image enhancement. Tannenbaum and collaborators further formulated a new approach to optimal mass transport (Monge-Kantorovich) theory. In recent work, he has developed techniques using graph curvature ideas for analyzing the robustness of complex networks.

His work has won several awards including IEEE Fellow, O. Hugo Schuck Award of the American Automatic Control Council in 2007 (shared with S. Dambreville and Y. Rathi), and the George Taylor Award for Distinguished Research from the University of Minnesota in 1997. He has given numerous plenary talks at major conferences including the Society for Industrial and Applied Mathematics Conference on Control in 1998 and 2017, IEEE Conference on Decision and Control of the IEEE Control Systems Society in 2000, American Mathematical Society and the International Symposium on the Mathematical Theory of Networks and Systems in 2012.