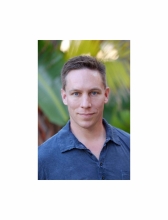 Abstract: Photonic topological Insulators have emerged as the next step in the evolution of artificial media, beginning with artificial dielectrics several decades ago, and including the modern developments of photonic crystals and metamaterials. They can be implemented as structured dielectrics or as metasurfaces based on simple metallic patterns. This talk will discuss recent advances in topological metasurfaces including transitions from conventional waveguides, as well as radiation and antenna applications including collimation using Dirac points. We will also discuss robustness against amorphous deformation and a new development of unidirectional modes in photonic crystals based on antiphase boundaries. This points to a relationship between unidirectional modes in topological structures and chiral modes. We will further discuss chiral metasurfaces and their unique properties for wave propagation and scattering.

Bio: Professor Dan Sievenpiper joined the UC San Diego faculty in 2010. He received his B.S. in 1994 and his Ph.D. in 1999 from UCLA, where he studied photonic crystals and other periodic structures, and invented the high impedance electromagnetic surface. Sievenpiper joined HRL (the former Hughes Research Laboratories) in Malibu, California, in 1999. During the following 11 years, he and his team developed new electromagnetic structures, with an emphasis on small, conformal, tunable and steerable antennas. Sievenpiper held a variety of technical and management positions at HRL including director of the Applied Electromagnetics Laboratory. In 2010 he joined UC San Diego, where his research is focused on artificial media and the integration of active electronics with electromagnetic structures and antennas to enable new capabilities and applications. In 2008, he received the URSI Issac Koga Gold Medal and also the IEEE Antennas and Propagation Society Piergiorgio Uslenghi Letters Prize Paper Award. In 2009, he was named a fellow of the IEEE, and in 2019, he was awarded the John D. Kraus Antenna Award. During 2010-2017, Sievenpiper served as an associate editor of IEEE Antennas and Wireless Propagation Letters. He also served as the chair of the IEEE Antennas and Propagation Society Administrative Committee on New Technology Directions from 2013-2014, and as the general chair of the IEEE Antennas and Propagation Symposium and URSI Radio Science Meeting, which was held in San Diego in 2017. Sievenpiper, who currently has more than 70 issued patents and more than 160 publications, has served as the vice chair of the ECE department since 2019.