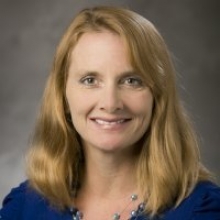 Abstract: There is significant interest in the development and deployment of safety-critical technologies with embedded autonomy. However, most of these systems require some form of human interaction whether it is humans supervising these systems like a drone operator, or people working in and around the system such as pedestrians and driverless cars. This talk will describe an unsupervised learning approach to modeling human interaction with autonomous systems and how such models can be used to diagnose system design issues.

Bio: Mary L. ‘Missy’ Cummings is the director of the Humans and Autonomy Laboratory at Duke University. She received her bachelor’s degree in mathematics from the U.S. Naval Academy in 1988, her master’s in space systems engineering from the Naval Postgraduate School in 1994, and her Ph.D. in systems engineering from the University of Virginia in 2004. A naval officer and military pilot from 1988–99, she was one of the U.S. Navy’s first female fighter pilots. She is also a member of the U.S. Department of Transportation’s advisory committee on autonomous transportation, a fellow for the American Institute for Aeronautics and Astronautics, and a member of the Board of Directors for Veoneer, Inc. Her research interests include human supervisory control, human-unmanned vehicle interaction, human-autonomous systems collaboration, human-robot interaction, human systems engineering, and the ethical and social impact of technology.