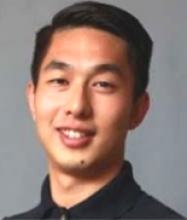 Abstract: From past earthquakes, multistory buildings with weak and/or open front wall lines creating a “soft-story” performed poorly and collapsed. Residential buildings designed under code standards enacted before 1978 are lacking lateral resistant systems to resist shear from an earthquake. The goal of the mandatory retrofit program, which is ongoing in Los Angeles and upcoming in other Southern California cities, is to reduce structural deficiencies by the most economical and feasible method. Without proper strengthening, these vulnerable buildings may be subjected to structural failure during and/or after an earthquake. The program in LA launched two years ago, but less than 10 percent of the 13,000 buildings have been retrofitted. Currently, cities, owners, engineers and contractors are striving to make our living places safer before a major earthquake hits.

Bio: Yuce Ma came to the U.S. after completing his undergraduate studies of civil engineering at South China University of Technology in 2014. Later, he graduated from UC Irvine with a master's degree in structural engineering in spring 2016, and he joined Optimum Seismic right afterward, when mandatory soft‐story retrofitting had just started. Currently, he is a structural project engineer focusing on retrofitting design and field engineering.