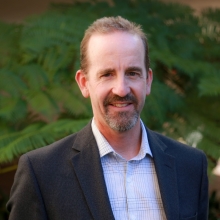 More than 30 years ago, the idea of an artificial endocrine pancreas for patients with T1DM was envisioned. The closed-loop concept consisted of an insulin syringe, a blood glucose analyzer and a transmitter. In the ensuing years, a number of theoretical research studies were performed with numerical simulations to demonstrate the relevance of advanced process-control design to the artificial pancreas, with delivery algorithms ranging from simple PID, to fuzzy logic to H-infinity, to model predictive control. With the advent of continuous glucose sensing, which reports interstitial glucose concentrations approximately every minute, and the development of hardware and algorithms to communicate with and control insulin pumps, the vision of closed-loop control of blood glucose is approaching reality.

In the last 15 years, our research group has been working with medical doctors on clinical demonstrations of feedback-control algorithms for the artificial pancreas. In this talk, I will outline the difficulties inherent in controlling physiological variables and the challenges with regulatory approval of such devices, and will describe a number of process systems engineering algorithms we have tested in clinical experiments for the artificial pancreas.

Bio: Frank Doyle is the John A. Paulson Dean of the Paulson School of Engineering and Applied Sciences at Harvard University, where he also is the John A. & Elizabeth S. Armstrong Professor. Previously, he was the Mellichamp Professor at UC Santa Barbara, where he was the chair of the Department of Chemical Engineering, director of the UCSB/MIT/Caltech Institute for Collaborative Biotechnologies and associate dean for research in the College of Engineering. Doyle received a B.S.E. degree from Princeton, C.P.G.S. from Cambridge and Ph.D. from Caltech, all in chemical engineering. He also has held faculty appointments at Purdue University and the University of Delaware, and visiting positions at DuPont, Weyerhaeuser and Stuttgart University.

He has been recognized as a fellow of multiple professional organizations including: IEEE, IFAC, AIMBE and the AAAS. He was the president for the IEEE Control Systems Society in 2016, and was vice president of the International Federation of Automatic Control from 2014-2017. In 2005, Doyle was awarded the Computing in Chemical Engineering Award from the AIChE for his innovative work in systems biology, and in 2015 received the Control Engineering Practice Award from the American Automatic Control Council for his development of the artificial pancreas. In 2016, he was inducted as a fellow into the National Academy of Medicine for his work on biomedical control. Doyle's research interests are in systems biology, network science, modeling and analysis of circadian rhythms, and drug delivery for diabetes.