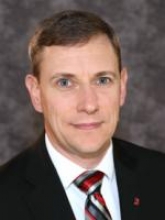 Bio: James W. Gregory is a professor in the Department of Mechanical and Aerospace Engineering, and director of the Aerospace Research Center at The Ohio State University. He received his doctorate and masters degrees in aeronautics and astronautics from Purdue University in 2005 and 2002, respectively. He received his bachelor of aerospace engineering from Georgia Tech in 1999, graduating with highest honors. Gregory’s research interests lie in the field of unsteady aerodynamics – with specific interests in understanding and controlling compressible dynamic stall of rotorcraft blades; unsteady, compressible airfoil aerodynamics; and study of low-Re, unsteady rotor wakes subjected to wind gusts. He is also active in Unmanned Aircraft Systems (drone) research, including flight testing of vehicle performance, systems integration studies, and robust flight of UAS in all weather conditions (wind and icing). Gregory is an instrument-rated private pilot, with over 290 hours in single-engine aircraft, and is one of the first to hold a remote pilot certificate.