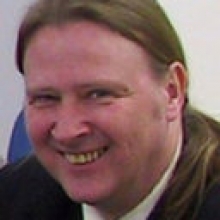 Professor
Department of Physics and Technology
University of Bergen, Norway

Abstract: Natural gas hydrates in sediments can never reach thermodynamic equilibrium. One reason is that there are too many active phases compared to the number of components even in the simplest case of pure methane hydrate. For hydrates from thermogenic hydrocarbons, many different hydrates will form as a consequence of the first and second laws of thermodynamics as well as different adsorption on liquid water for the various hydrate formers. Hydrates from dissolved hydrate forms in water as well as hydrates nucleating on mineral surfaces add to the complexity and non-equilibrium nature of the hydrates. One implication of this is that hydrates in sediments also depend on tight sealing structures of clay, shale or other tight mineral structures. Ice in permafrost also assists in sealing even though hydrates can form with the permafrost ice and very slowly migrate through the ice. The presence of sealing structures that have been proven through geological time scales of keeping in situ hydrate in place makes it also perfect for storing carbon dioxide in the form of hydrate. Any in situ hydrate will be surrounded by liquid water. Injection of carbon dioxide will lead to the formation of a new carbon dioxide hydrate. This formation releases heat that can be distributed through liquid water toward the in situ natural gas hydrate and assist in dissociating the hydrate. With proper design of injection wells and receiving wells for released natural gas, this will be a win-win situation of safe long-term storage of carbon dioxide and release of natural gas for energy. Yet another advantage of this process is that a solid structure (hydrate) is replaced by another solid hydrate of the same volume. Geomechanically this is therefore far more safe than other methods, such as reducing the pressure of the hydrate bearing zone.

Bio: Bjørn Kvamme, Department of Physics and Technology, University of Bergen obtained a master's degree in chemical engineering (1981) and a doctorate in chemical engineering (1984) from the Norwegian University of Technology and Natural Sciences. After a short period with SINTEF and two years at Bergen University College, he was appointed to professor in 1987 and started a master's and doctorate in process technology in Telemark. He began as professor in gas processing in the Department of Physics, University of Bergen, in March 2000. His main research focus is in thermodynamics, statistical thermodynamics, quantum mechanics and molecular simulations. Kvamme’s group is part of a Centre of Excellence in environmental friendly energy (FME-SUCCESS).