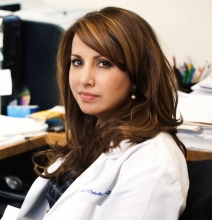 Abstract: The inability of the adult mammalian heart to regenerate after injury has prompted the need for novel gene and cell-based therapies that can repopulate lost myocytes and restore contractile function in heart disease. We have previously characterized the role of cyclin A2 in cardiomyocyte mitosis and a critical role for cyclin A2 in cardiac repair in murine, rat and porcine models of myocardial infarction. In the porcine model, one-time administration of vector delivery of cyclin A2 resulted in a 55% increase in the number of peri-infarct cardiomyocytes compared with animals receiving a control null virus with significant restoration of contractility as assessed with multimodality imaging including magnetic resonance imaging (MRI). We are now in the process of designing human clinical trials using cyclin A2.

We also have discovered a functional role for fetal maternal microchimerism in cardiac regeneration. Fetal cells home to injured maternal hearts, differentiating into diverse cardiac cell types. When isolated and cultured, they recapitulate these differentiation pathways and form vascular tubes and spontaneously beating cardiomyocytes. The fetal cells displayed a variety of stem/progenitor cell markers, but notably, approximately 40% expressed Cdx2, a member of the Caudal domain homeobox family of proteins. We have now shown that Cdx2 cells isolated from end-gestation placenta specifically differentiate to beating cardiomyocytes, and vascular cells in vitro and in vivo. Moreover, they regenerate the heart when injected intravenously even into male mice with significant enhancement of cardiac function as assessed with MRI. Proteomics and immune transcriptomics studies of Cdx2-eGFP cells compared to embryonic stem (ES) cells reveal that they appear to retain ‘stem’-related functions of ES cells, but exhibit unique signatures supporting roles in homing and survival, with an ability to evade immune surveillance, critical for cell-based therapy. These studies complement our ongoing efforts to identify new factors and cell types that can repair diseased hearts.

Bio: Hina Chaudhry, MD is an associate professor of medicine and director of cardiovascular regenerative medicine at Icahn School of Medicine at Mount Sinai. Dr. Chaudhry was previously the Florence Irving Assistant Professor of Medicine at Columbia University College of Physicians and Surgeons. She holds multiple patents in the areas of cell cycle manipulation for heart repair and the use of placental stem cells for heart repair. She has been honored by many organizations for her work in cardiac regeneration: she won the TEDMED Innovation Scholar, Clinician Scientist Award and Best Manuscript Awards of the American Heart Association (AHA); is a principal scientist for the New York Stem Cell Board; and won the Sitara Imtiaz Medal by the Government of Pakistan. She is also founder and chief scientific officer of VentriNova, a biotech company aimed at clinical development of regenerative strategies she has developed. Dr. Chaudhry has been funded by the NIH, AHA, New York Stem Cell Board and Broadview Ventures. She also is a staunch supporter of women in STEM, having spoken on this topic at both the White House (under the Obama Administration) and twice at the United Nations International Day of Women and Girls in Science. She lectures worldwide in her research field and has been an expert commentator for CNN. Dr. Chaudhry holds bachelors’ degrees in chemistry and biology from MIT, and an M.D. with honors from Harvard Medical School. She trained in internal medicine and cardiology at Duke University Medical Center and the University of Pennsylvania, and later in developmental genetics at Columbia University.