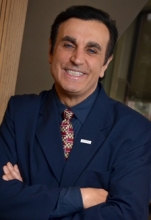 Abstract: Within the past 30 years, a variety of subgrid scale closures have been developed for large eddy simulation (LES) of turbulent reacting flows. The filtered density function (FDF) is one of such closures and has proven very effective in a variety of applications. Despite its demonstrated capabilities, the computational cost associated with FDF can be expensive compared to other (more conventional) methods. This problem can be effectively alleviated by taking advantage of modern developments in computing and information science. A novel strategy is to couple an architecture aware graph-partitioning algorithm with a dynamic (re)partitioning framework. This provides an optimal load balance, while minimizing the cost of data migration. Each of the partitions is treated via an entirely self-contained solver (in either Eulerian or Lagrangian contexts). The communication between the solvers is local, and shared information is limited to neighboring partitions. Quantum computing also is very promising for future LES via FDF. Recent developments in quantum-enhanced measurements provide an algorithm that facilitates a quadratic speedup over classical FDF solvers. This demonstration identifies FDF as a viable problem to take advantage of speedups offered by future quantum computers.

Bio: Peyman Givi is  a Distinguished Professor and the James T. MacLeod Professor of mechanical and petroleum engineering at the University of Pittsburgh. Previously he held the position of UB Distinguished Professor of aerospace engineering at the State University of New York at Buffalo. He also has had frequent visiting appointments at the NASA Langley and Glenn (Lewis) centers and received the NASA Public Service Medal (2005). Givi is among the first 15 engineering faculty nationwide who received the White House Presidential Faculty Fellowship from President George H.W. Bush. He also received the Young Investigator Award of the ONR, and the Presidential Young Investigator Award of the NSF.

Givi is currently the deputy editor of AIAA Journal and serves on editorial boards of several other journals. He is a fellow of AAAS, AIAA, ASME and APS.