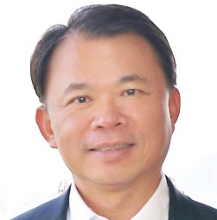 Abstract: Civil engineering students at the National Taiwan University (NTU CE) are scholastically among the best students in Taiwan. They are typically very good at learning theories but less prepared for practical, hands-on engineering work. To change this historical phenomenon and to motivate the young students who aspire to be the future civil engineers, NTU CE has structured a trilogy of design courses in the undergraduate program since 2010, namely the Cornerstone, Keystone and Capstone courses.

The Cornerstone consists of two required courses for first-year students before the professional disciplinary training takes place and asks students to work in teams to design digital and physical models of structures out of their own experience and creativity. The Keystone, an elective, is offered to second-year students while they are taking some professional disciplinary courses. Keystone features two intensive design projects: design and construct a full scale bridge, at least 5 meters in span; design and fabricate a pneumatic-powered copper float toy. The final Capstone, also an elective, is a culminating design course for students in the third/fourth year with a realistic design task on themes that vary yearly.

Some important and interesting findings have now become available as the trilogy of engineering design courses are offered in the eighth year. Based on student feedback, these courses received the highest rating among students compared to other courses offered in the same semester for the same cohort of students. That is, despite the amount of time and energy consumed, students have high remarks for the trilogy. Meanwhile, there is convincing evidence that students with prior Cornerstone and Keystone design training perform better in the Capstone course than those who are without. In addition, student teams from NTU CE have top prizes in the National Civil Engineering Design Competition three years in a row (2015-2017). These findings are very rewarding to the faculty members and have changed a lot of mindsets. Curriculum of NTU CE has since resulted in a much more fresh and up-to-date look and is also better positioned to prepare students for future engineering practice.

IEET, the accreditation agency for engineering education in Taiwan, revised its criteria in 2014 to include the Capstone course as a requirement for graduation, and programs must use the course to assess student outcomes as evidence of graduate attributes. Prior to the IEET’s new mandate, the NTU CE program has moved the Capstone course to be a required course for the entering class of 2013. Such an evolutional change in curriculum is expected to motivate and enhance student learning and lead graduates toward a better transition to the civil engineering profession.

Speaker: Liang-Jenq Leu, Ph.D. is a professor in the Department of Civil Engineering at the National Taiwan University. He is also the secretary general and executive director of the Accrediation Council, IEET.