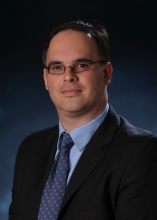 Abstract: The study of the physicochemical properties of organic matter has been of interest to researchers in many areas of science and engineering for many decades. Organic matter represents the mixture of organic compounds found ubiquitously in water across the environment and can be derived from terrestrial and aquatic sources as well as material discharged from wastewater treatment facilities. The presence of organic matter in environmental waters influences many different processes in the natural and engineered environment, including fate and transport of organic contaminants, light penetration in surface waters and the formation of toxic disinfection byproducts. Of particular interest in my group is the interaction between sunlight and organic matter, specifically the production of reactive intermediates. These reactive intermediates include singlet oxygen (1O2) and hydroxyl radical (HO), in addition to excited triplet states. The formation of these intermediates in environmental waters results in the degradation of organic contaminants and the inactivation of pathogens. In this presentation, the photochemical formation of reactive intermediates from organic matter will be discussed, including the observed quantum yields, influence of composition on the observed yields and the effect of temperature. In addition, the mechanism by which organic matter forms HO will be discussed in the context of the observations made so far by my group.

Bio: Fernando Rosario-Ortiz is the Shay Associate Professor of environmental engineering at the University of Colorado in Boulder. Rosario received bachelor's and master's degrees in chemistry from the University of Puerto Rico and the California Institute of Technology, respectively. He received his doctoral degree from UCLA in environmental science and engineering, after which he was part of the Research and Development division of the Southern Nevada Water Authority, working on the optimization of advanced oxidation processes for water reuse applications.  In 2008, Rosario joined the University of Colorado, Boulder, as an assistant professor in the department of Civil, Environmental and Architectural Engineering. His current research focuses on environmental photochemistry, impact of watershed perturbations on water quality and characterization of organic matter in different environments.