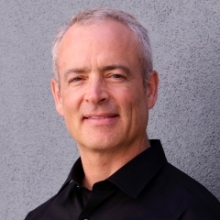 Abstract: In this talk, Teel will present a modeling framework for hybrid dynamical systems with an emphasis on stability theory and control design. Hybrid systems combine continuous change with instantaneous change.They often involve a combination of physical variables and logic variables. With careful treatment, many results in the area of stability theory for differential equations carry over to hybrid systems. Teel will describe and illustrate some of these results, and will discuss how these fundamental results can be carried over to a class of stochastic hybrid systems, where randomness helps to determine the value of the state after instantaneous change. Examples will be used to illustrate the modeling framework and results.
Bio: Andrew R. Teel received the A.B. degree in engineering sciences from Dartmouth College in 1987, and the M.S. and Ph.D. degrees in electrical engineering from the University of California, Berkeley, in 1989 and 1992, respectively. After receiving his doctorate, he was a postdoctoral fellow at the Ecole des Mines de Paris in Fontainebleau, France. From 1992 to 1997 he was a faculty member in the Department of Electrical Engineering at the University of Minnesota. In 1997, Teel joined the faculty of the electrical and computer engineering department at the University of California, Santa Barbara, where he is currently a Distinguished Professor. He has received NSF Research Initiation and CAREER Awards, the 1998 IEEE Leon K. Kirchmayer Prize Paper Award, the 1998 George S. Axelby Outstanding Paper Award and the SIAM Control and Systems Theory Prize in 1998. He was the recipient of the 1999 Donald P. Eckman Award and the 2001 O. Hugo Schuck Best Paper Award, both given by the American Automatic Control Council.  Teel is a Fellow of the IEEE and the International Federation of Automatic Control, which, In 2016 awarded him with the IFAC Technical Committee on Nonlinear Control Systems Achievement Award.