MAE Seminar: Bulk Motion of the Cerebrospinal Fluid in the Spinal Canal 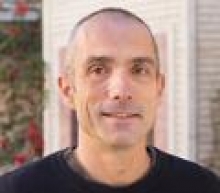 Abstract: Radionuclide scanning images published in Nature by Di Chiro in 1964 showed a downward migration along the spinal canal of particle tracers injected in the brain ventricles while also showing an upward flow of tracers injected in the lumbar region of the canal. These observations, since then corroborated by many radiological measurements, have been the basis for the hypothesis that there must be an active circulation mechanism associated with the transport of cerebrospinal fluid (CSF) deep down into the spinal canal and subsequently returning a portion back to the cranial vault. However, to date, there has been no physical explanation for the mechanism responsible for the establishment of such a bulk recirculating motion. To investigate the origin and characteristics of this recirculating flow, we have analyzed the motion of CSF in the subarachnoid space of the spinal canal. Our analysis accounts for the slender geometry of the spinal canal, the small compliance of the dura membrane enclosing the CSF in the canal and the fact that the CSF is confined to a thin annular subarachnoid space surrounding the spinal cord. We apply this general formulation to study the characteristics of the flow generated in a simplified model of the spinal canal consisting of a slender compliant cylindrical pipe with a coaxial cylindrical inclusion, closed at its distal end and subjected to small periodic pressure pulsations at its open entrance. We show that the balance between the local acceleration and viscous forces produces a leading-order flow consisting of pure oscillatory motion with axial velocities of the order of a few centimeters per second and amplitudes monotonically decreasing along the length of the canal. The nonlinear term associated with the convective acceleration contributes to a first-order correction, including a steady-streaming component. The resulting two-term velocity expansion is used to determine the Lagrangian mean flow. It is found that the Lagrangian drift is the sum of the steady-streaming component of the Eulerian velocity correction and the Stokes drift associated with the nonuniform leading-order oscillatory flow, with both contributions being comparable in magnitude. The resulting bulk recirculating motion of the CSF along the length of the canal has characteristic velocities two orders of magnitude smaller than the leading-order oscillatory flow. The results of the analysis of this idealized geometry are shown to be in good agreement not only with experimental measurements in an in-vitro model but also with radiological measurements conducted in human adults.

Bio: Antonio Sanchez is a professor in the Department of Mechanical and Aerospace Engineering at UCSD. His research falls mainly within the general field of chemically reacting flows, including research topics related to clean combustion technologies, aerospace propulsion devices and safety hazards in the built environment. He is interested in fundamental problems that involve the interplay of fluid mechanics, transport processes and chemical reactions, in particular those emerging in practical combustion systems. His research approach takes advantage of the disparity of the length and time scales encountered in these complex problems to simplify the solutions, often by application of asymptotic methods that help to identify simpler sub-problems and serve to extract the fundamental underlying physics.