CEE Seminar: POPs In The Anthropocene - How Human Activity Is Changing What It Means to Be a Global Pollutant 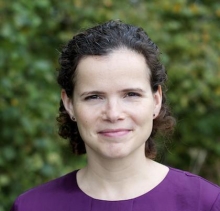 Abstract: The concept of a persistent organic pollutant (POP) has been with us for at least three decades, and acknowledgment of the hazard posed by such chemicals prompted the creation and continuing work of the Stockholm Convention. First adopted in 2001, the convention now has more than 150 signatories and covers 26 chemicals with four more undergoing review during the POPRC meeting this September. Yet over this same time period, the nature and reach of human-made chemicals has changed substantially. In this talk, I will discuss how human activity has redefined what it means to be a POP, using two pressing examples: perfluorinated substances, the most persistent organic chemicals ever produced, now emerging as a pervasive drinking water contaminant, and the international trade in food, which can elevate even relatively immobile chemicals into globally distributed pollutants. Strategies to better understand these evolving hazards and predict their impact on populations and ecosystems by linking available data and models will be discussed.

Speaker Bio:  Carla Ng is an assistant professor in civil and environmental engineering at the University of Pittsburgh, with a secondary appointment in chemical & petroleum engineering. She received her doctorate in chemical & biological engineering from Northwestern University in 2008. The research in Ng’s group focuses on the development of models for the fate of chemicals in organisms and ecosystems, at the intersection of chemistry, biology and engineering. Active research areas include the development of mechanistic models for the bioaccumulation of emerging contaminants in organisms, tracking the fate of legacy and current-use pesticides in tropical environments, and exploring the role of the industrial food system on the fate of environmental contaminants with implications for human exposure.